A week-long campaign by Hybu Cig Cymru – Meat Promotion Wales (HCC) and Menter Moch Cymru celebrated Welsh pork with a number of events, including a pop-up tasting session with a three-course pork dinner. 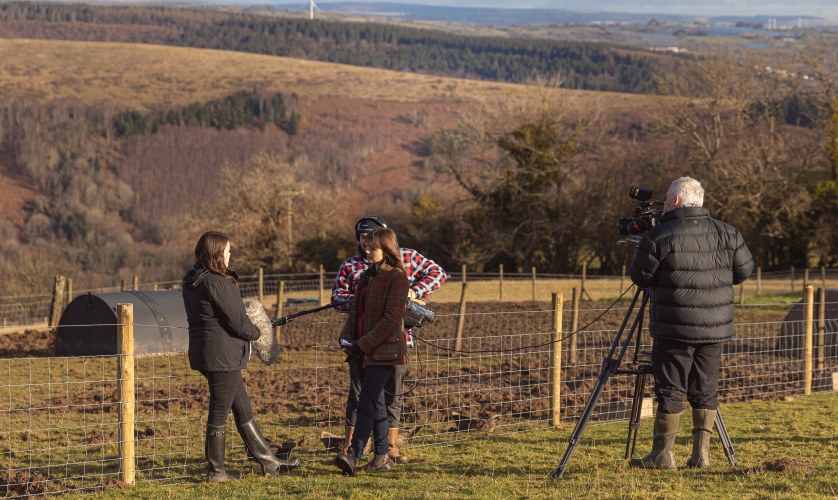 Puff Pigs farm near Mountain Ash as part of ‘Porc from Wales Week.’

The ‘Porc from Wales Week’ campaign was also featured on ITV Wales, with filming taking place at Puff Pigs farm, located near Mountain Ash in the Cynon Valley, the winners of last year’s ‘Put your Best Sausage Forward’ competition co-judged by Scott Quinnell at the Royal Welsh Show 2019.

Kirstie Jones, market development officer at HCC said of the results: “It’s encouraging to see captivated audiences on social media sharing the important message around the sustainability and quality taste of pork produced here in Wales. Many of the guests at the Santes Dwynwen dinner were keenly posting photos of their delicious meals across their influential networks and we were able to tap into a new and important demographic thanks to this.”

Melanie Cargill of Menter Moch Cymru, a Welsh Government-funded initiative which was a campaign partner, said: “Farmers here in Wales are producing some of the tastiest and highest quality pork available to consumers with the least amount of food miles when purchased locally. Pork from Wales is packed with flavour and we were delighted to present it as a three-course meal at the pop-up tasting experience as part of Porc from Wales week. It shows just how versatile the meat can be when thought about innovatively.”