Hybu Cig Cymru – Meat Promotion Wales (HCC) has revealed that its promotional campaign for PGI Welsh Lamb and PGI Welsh Beef, which was launched during lockdown, reached over a million consumers. 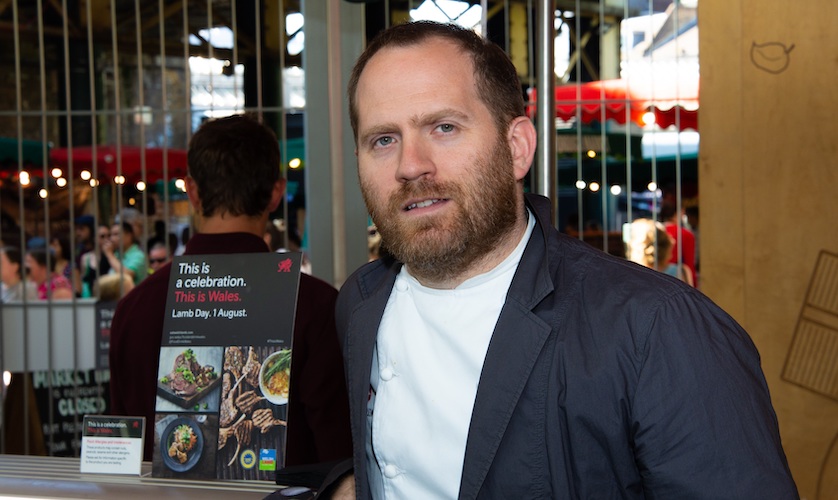 Welsh chef Bryn Williams has been creating lamb and beef recipe videos from home as part of the campaign.

The campaign was launched in March as a result of the closure of important outlets for premium meats such as hotels and restaurants, together with panic-buying of cheaper products such as mince, in order to encourage consumers to cook more adventurous meals at home.

HCC enlisted a ‘culinary dozen’ of the most famous Welsh chefs to produce social media videos to inspire home cooks and invested heavily in advertising on commercial radio, as well as press and online adverts and associated consumer competitions to promote the purchase of steaks and roasting joints.

Newly released analysis of the campaign’s impact shows that the 916 advertising slots over commercial radio reached 1,013,067 hits, whereas the social media reach of cooking videos filmed at home by top chefs such as Bryn Williams, Hywel Griffith and Gareth Ward has totalled 1,121,830 so far.

“By May, total sales of beef steaks were running at 40% above the previous year, and independent butchers were seeing nearly 50% more custom for beef and were selling 25% more lamb.”

In addition, HCC partnered with the Agriculture and Horticulture Development Board (AHDB) and Quality Meat Scotland (QMS) to mount the £1.2m ‘Make It’ campaign to generate awareness for high quality British red meat. Eight weeks of a digital campaign generated over 187 million opportunities for consumers to see the collection of potential recipes.

HCC brand marketing executive Philippa Gill, said: “We started our Welsh Lamb and Welsh Beef campaign in March, when the markets were very unstable following the loss of important foodservice outlets, to inspire consumers to purchase more premium cuts. By May, total sales of beef steaks were running at 40% above the previous year, and independent butchers were seeing nearly 50% more custom for beef and were selling 25% more lamb.

“Within a month of the lockdown, people were spending much more time online – almost a quarter of their waking hours on average – so promoting recipes from our star chefs over Instagram and Facebook was crucial for us. Consumers have responded very positively – many have come back to buying fresh beef and lamb as a sustainable, traceable and nutritious food produced by trusted farmers.

Philippa added: “We’ve also had great support from Welsh celebrities who got involved with our online steak sandwich competition, and from processors and retailers right across Britain in helping with promotions, linking in with UK Barbecue Week at the start of the summer.”

HCC is pressing ahead with similar plans for its forthcoming summer PGI Welsh Lamb campaign beginning in August, again in coordination with a broader GB-wide lamb initiative with AHDB and QMS.

Brazilian pork exports up in the first half of 2020