Former Waitrose director Heather Jenkins has been awarded the Royal Smithfield Club Bicentenary Trophy in recognition of 30 years of outstanding service to meat sectors and agriculture. 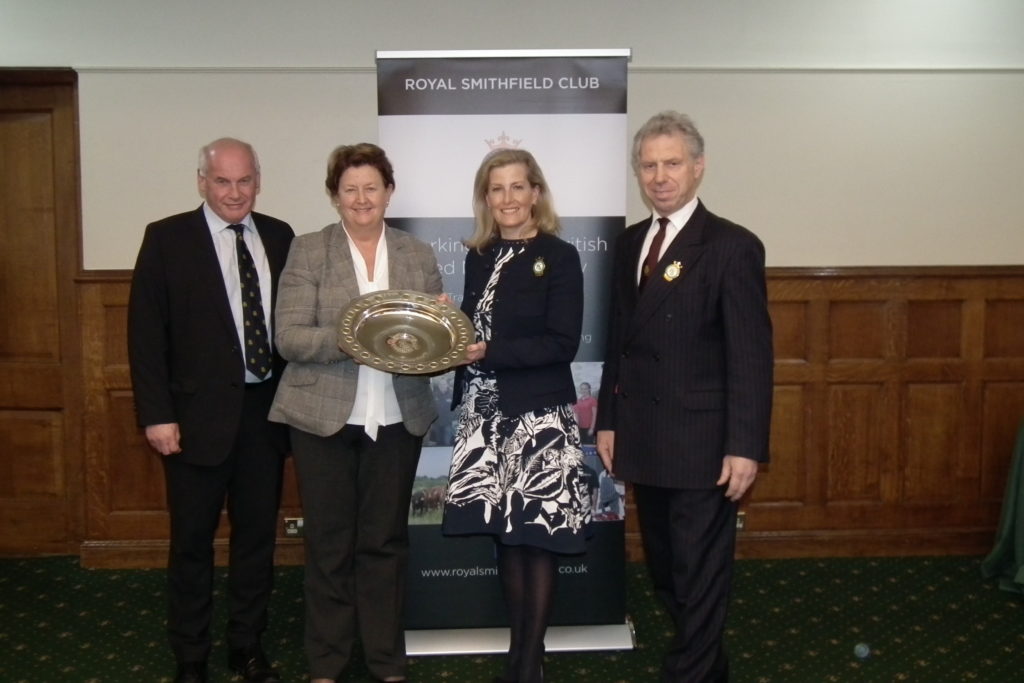 The trophy is awarded each year to a person or organisation deemed to have made a significant contribution to the UK meat industry.

The Countess thanked Jenkins for her dedication and commitment to UK farming as the Award was presented to her following an industry strategy group meeting of the Smithfield Forum at Convocation Hall, Westminster, London.

As Waitrose & Partners director for meat, poultry, fish, frozen food and dairy, and director of agriculture, aquaculture and fisheries strategy, Heather Jenkins pioneered many industry-leading initiatives during her career as well as working extensively to positively influence Government food and farming policies.

Announcing the Award, Club chairman William Bedell said that Jenkins’s influence on UK farming and livestock production had been both positive and wide ranging: “Her role in the success of Waitrose & Partners support for UK agriculture and the success of the wider business cannot be overstated and neither can her support for and love of farming.”

Jenkins supported a policy that ensured Waitrose & Partners pioneered short supply chains, close links with its farmers and the sale of mostly British produced meat. She also insisted on award-winning animal welfare standards across its supply chain including in the production of its Continental meats. All positions it continues to maintain.

Jenkins is the 19th recipient of the annual Award which includes presentation of the Club’s Armada Shield.

“From lairage design to butchery standards, factory design, improved animal welfare and industry-leading relationships with farmers, fishermen, and other suppliers Heather has been involved,” Bedell concluded.