A host of Scottish food and farming organisations have written to City of Edinburgh Council to highlight their concerns about a possible lack of awareness of the positive credentials of red meat. 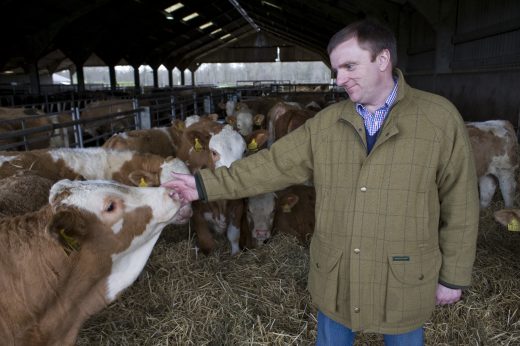 The organisations have also called on the council to reconsider the rationale behind its recent decision to introduce Meat Free Mondays to council-run primary schools.

The council’s reasons for this decision to endorse the Meat Free Mondays, according to Quality Meat Scotland (QMS) and others, are very misleading and display a lack of understanding of the Scottish red meat industry and what sets it apart.

Jim McLaren, chairman of QMS, commented: “There is, of course, no problem with schools including meat-free meals as part of their regular range of meal choices. Our disappointment is that an organisation, particularly one linked with education, should position their decision to support a campaign with a clear anti-meat agenda.

“The council appears to have based their decision on misinformation which completely misrepresents the reality of Scottish red meat production with its high standards of animal welfare and exceptional and widely-acknowledged environmental credentials.”

McLaren went on to say that an opportunity to educate and inform young people in urban areas about the local food production systems “has been missed by an ill informed and ill-judged decision which risks completely misleading pupils and parents”.

McLaren continued: “The explanation given in a press release issued by the council shows a very worrying lack of understanding of the reality of Scottish red meat production and it is this we are seeking to urgently redress.

“Scottish livestock farmers are rightly very proud of their role in producing top quality beef, lamb and pork in a manner which makes animal welfare a priority.

“It is vital that officials in an organisation such as City of Edinburgh Council, with such an important role in Scottish educatin, have a much better understanding of the facts behind red meat production to avoid the sort of confusion and misunderstanding we are seeing this week.”

Explaining the council’s reason for implementing Meat Free Mondays, councillor Ian Perry said: “Encouraging healthy eating is extremely important so it’s fantastic that our primary pupils are being introduced to the benefits of eating less meat at a young age.

“By participating in Meat Free Mondays schools are also raising awareness of the environmental impact of livestock production, as well as the poor standards in which some animals are farmed.”

Time for industry to get involved in Great British Beef Week