The Livestock and Meat Commission for Northern Ireland (LMC) has acknowledged the 30th anniversary of the inception of the Northern Ireland Beef and Lamb Farm Quality Assurance Scheme (NIBL FQAS). 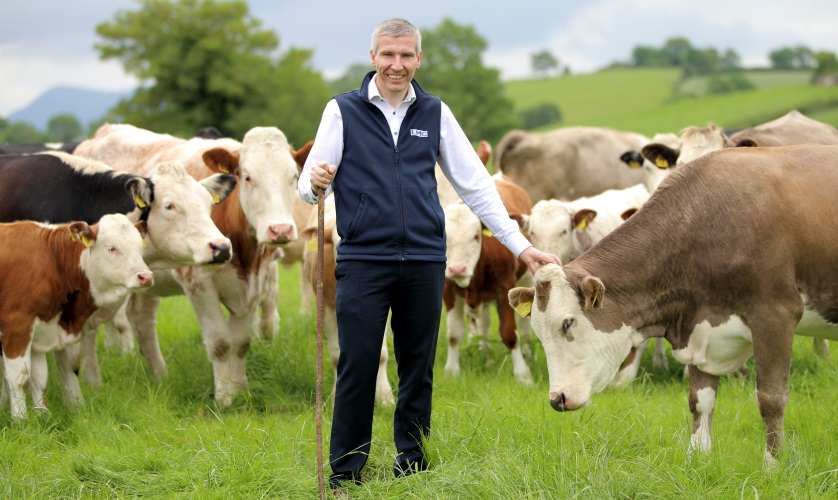 The scheme acts as a ‘gold standard’ guarantee to ensure local beef and lamb is produced to the highest possible standard.

LMC chief executive officer, Ian Stevenson, said: “Northern Ireland was to the fore in developing a beef and lamb quality assurance scheme, one which met the needs of farmers, processors, retailers and consumers in equal measure from the get-go.

“Our Farm Quality Assurance Scheme provides a quality mark that underpins a multiplicity of retail and food service brands in the UK, Europe and beyond.

“The scheme has played a key role in allowing our red meat processors to engage in some of the world’s most lucrative markets for beef and lamb.

“In fact it is one of, if not the longest running, assurance schemes of its type in the world.”

“Today, NIBL FQAS works closely with partner schemes in Great Britain to support the Red Tractor scheme and deliver our quality beef and lamb to consumers across the UK. But it should also be remembered that the scheme was also the means by beef from Northern Ireland was promoted under the Greenfields brand for sale in supermarkets throughout the Benelux region in the early 1990’s.”

Today 99% of the prime cattle slaughtered in Northern Ireland are farm quality assured: the figure for cows and bulls is in the region of 91%. For the 12 month period ending December 31st 2019, the scheme’s rolling membership totalled 12,126 farm businesses.

Stevenson continued: “Our Farm Quality Assurance Scheme is truly one of the best examples of supply chain partners working together to enhance the profile and promote the credentials of our world class beef and lamb industry.

“In fact it is one of, if not the longest running, assurance schemes of its type in the world.”

Welsh lamb and beef in the spotlight on St. David’s Day