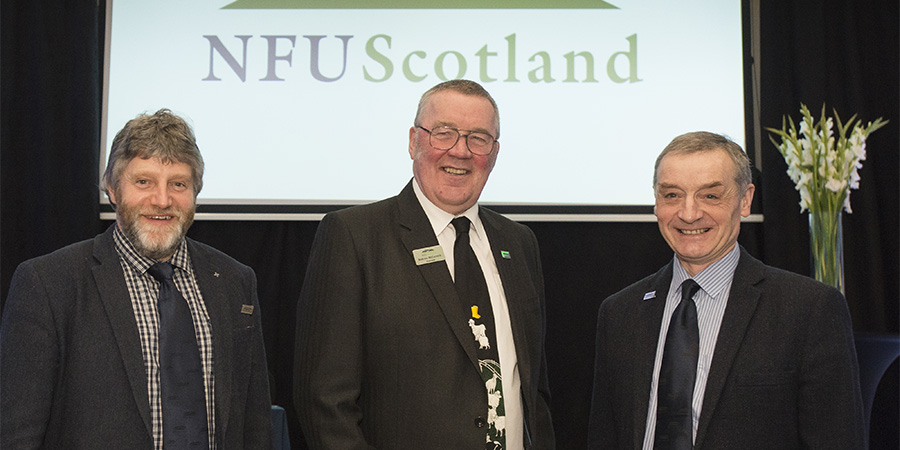 Sitting vice president Martin Kennedy, the only position open to election this year, is to be returned unchallenged to post after no additional nominations were received by the deadline of Wednesday 11th December.  Kennedy will seek confirmation of his re-election as vice president at the Union’s AGM and conference being held on Thursday 6th February and Friday 7th February at the Radisson Blu Hotel, Glasgow.

At the Union AGM in February 2021, under the terms of the constitution, the position of president and the two vice presidential posts will all be open for nominations.  By that time, president Andrew McCornick will have completed the second of his two-year terms.

McCornick commented: “I’m delighted that Martin has agreed to continue in the role as one of my Vice Presidents alongside fellow Vice President Charlie Adam. This continues to be a very challenging time for Scottish agriculture and having two excellent Vice Presidents adds great strength to our official team who are working to support our members and myself.”

Speaking about his impending re-election Kennedy said: “It’s a great honour to represent NFU Scotland as vice president, a role I have enjoyed over the past three years.  These are very busy times for the Union, we are entering a decade that will bring great change, challenge and opportunity and I am delighted to be able to help the work NFUS is doing on behalf of almost 9000 members across Scotland.”

British sausages and bacon health risk links may have been inaccurate