Mealtime madness as families serve up to four dinner options

Mealtime madness as families serve up to four dinner options

Over half (54%) of children in Scotland aged 5-15 say they are served more than two different dinner options every night, according to new research.

Carried out by Censuswide on behalf of Scotch Lamb PGI, the results revealed that some households are serving up to four different meals at dinnertime to cater to different tastes. 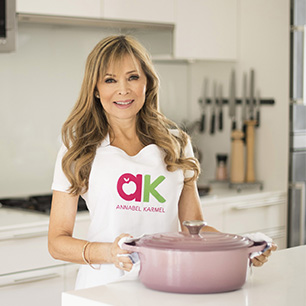 While some children prefer to stick with foods they know and like such as pizza, macaroni, spaghetti and chicken nuggets, almost three quarters of children aged 5-15 surveyed (74%) are open to trying new foods if they were given the chance, which could come as welcome news to time-stretched parents.

Currently, over 1 in 5 (22%) children surveyed (5-15 year olds) are trying new foods more than once a week, but it’s hoped the new research will encourage families to include new, nutrient-dense foods in meals that will have a positive impact on a child’s wellbeing.

The call is being supported by leading children’s cookery author and food expert Annabel Karmel, who has spoken of the importance of packing-in key nutrients such as iron into family mealtimes.

She said: “Cooking one meal can be hard enough when you are juggling work, household chores and after-school activities, but up to four different meals a day is guaranteed to take its toll on even the most resilient of parents.

“But children are more adventurous than we often give them credit for, so there’s a real opportunity to cut down on the cooking and enjoy tasty nutrition-packed meals that the whole family can enjoy – and that also means less clearing up!

“The research showed 60% of young people would like to try lamb, which is great news for mealtimes as it contains a range of essential nutrients that benefit a child’s health and wellbeing.”

“One of the critical nutrients I consider to be the most important from the very start of a baby’s food journey is iron which is most easily absorbed from red meat. And as a general guide, babies and children can eat lean red meat and other protein-rich foods such as chicken and fish at least three times a week.”

Lesley Cameron, director of Marketing and Communications from Quality Meat Scotland, which promotes Scotch Lamb PGI added: “The results are incredibly positive and show that children have a hunger to try new foods. Often, the barrier can be just not knowing what to cook, however meats such as Scotch Lamb are extremely versatile and can be added to many of the nation’s favourite dishes. For example, pulled lamb macaroni cheese, lamb mince spaghetti and even swapping pizzas for lamb flatbreads.

“If everyone in the house is eating the same meal, it’ll save time, money and reduce food waste. However, we do appreciate that this is sometimes easier said than done so substituting items into dishes that are already popular with the family can be an easy way of adding more variety into diets.

“The research showed 60% of young people would like to try lamb, which is great news for mealtimes as it contains a range of essential nutrients that benefit a child’s health and wellbeing.”

Shoppers are advised to look for the blue Scotch Lamb logo in supermarkets and butchers, and to visit the Scotch Kitchen website to discover a range of delicious recipes that support Scottish farmers.

Iain Gulland, chief executive of Zero Waste Scotland said: “It is estimated that Scottish households spend an average of £437 a year on food that they waste. Leftovers can be used as ingredients for another tasty meal. By valuing good food and making the best use of it, we make the most of the resources that have gone into getting it onto our plate. This is also important in terms of avoiding the climate warming emissions that can be given off by food if it is binned.”

The research forms part of ‘Scotch Lamb, Naturally’, an integrated campaign that includes press, digital and social advertising as well as supporting PR and influencer activity.