Michael Gove reinforces importance of a successful Brexit for agri-food

Michael Gove reinforces importance of a successful Brexit for agri-food

Michael Gove and around 80 parliamentarians, including the full ministerial team for Defra, attended the NFU’s Summer Reception at the House of Commons this week. 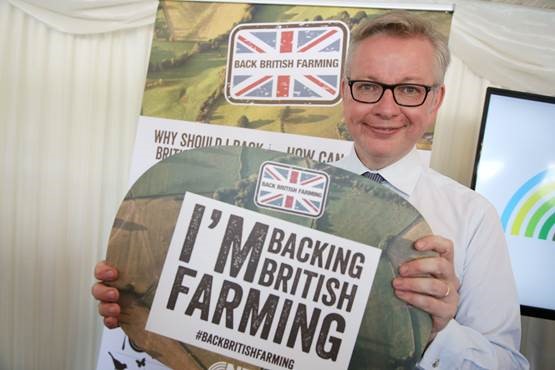 The event is said to be the first of its kind to take place since the General Election.

Speaking at the event, Gove, the newly appointed Environmental Secretary, reinforced that Brexit must be a success for British farming and that he wanted an open and frank dialogue with the NFU.

NFU president, Meurig Raymond, welcomed his comments, saying: “I welcome the Secretary of State’s comments on the importance of a successful Brexit for British farming. NFU officeholders members and staff were able to put across clearly the priorities for our sector”.

Raymond explained that the priorities for the sector during Brexit include: positive trade deals, access to a competent and reliable workforce, regulation based on sound science and a domestic agricultural policy that works for Britain.

He continued: “Farming is the bedrock of the food and drink industry, and it’s vital that it is recognised by Government for the massive contribution it makes to the health and wealth of the nation.

“Food and drink is the largest of all the UK’s manufacturing sectors which contributes £109 billion to the nation’s economy and employs 3.8 million people. Farming produces the essential raw ingredients to this sector, as well as managing 70% of the nation’s environment.

“NFU officeholders, members and staff were able to put across these important messages, the challenges and the opportunities to parliamentarians from across the political spectrum – all ahead of some crucial times.”