National Farmers Union (NFU) president, Minette Batters, has said the Government’s new immigration policy, which will see a points-based system introduced in 2021, will make it difficult for farmers and meat processors to recruit skilled workers. 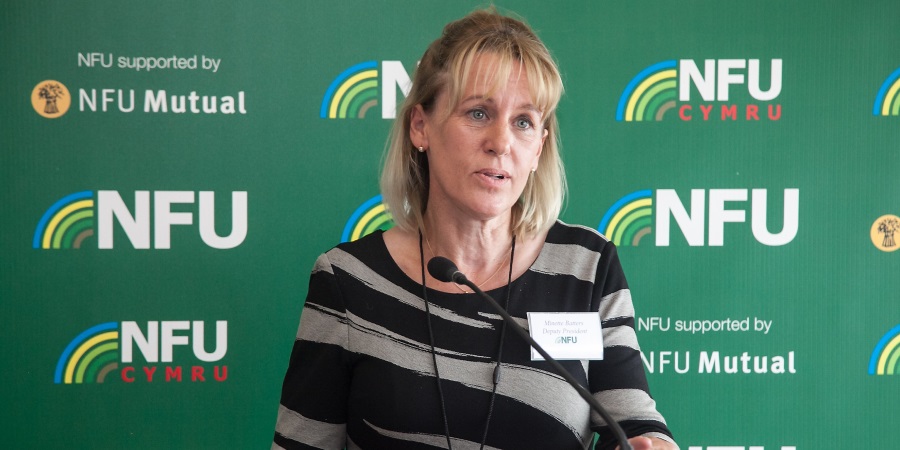 The new bill will repeal laws surrounding freedom of movement and will require migrants looking to work in the UK to fulfil a rigid criteria before being able to apply for a visa.

EU and non-EU citizens will need 70 points to be able to apply for a visa, with the key requirements being:

Responding to the news, Batters said: “As the UK’s largest manufacturing sector, British food and farming is at the very core of our economy and any immigration policy must deliver for its needs.

“We have said repeatedly that for farm businesses it is about having the full range of skills needed – from pickers and packers to meat processors and vets – if we are to continue to deliver high quality, affordable food for the public. Failure to provide an entry route for these jobs will severely impact the farming sector.

“Automation will have a vital role to play and we fully support investment in this area, but it is not yet a viable option to replace the number of people we need and farmers will need a practical solution in the meantime. There are also some jobs that simply cannot be replaced by technology.

“There are several issues within this proposed policy that need addressing, not least the incredibly short timeframe given for businesses to prepare, and we will be contributing to any consultation to ensure the views of Britain’s farmers are heard.”

The Association of Independent Meat Suppliers (AIMS), said the new policy showed a ‘lack of understanding’ from the Government. Tony Goodger of AIMS said: “We believe that the Government’s policy (Point 15) call on employers to ‘move away from a reliance on the UK’s immigration system as an alternative to investment in staff retention, productivity, and wider investment in technology and automation’ shows a lack of understanding of the work our members undertake post farm gate.

“The new rules are due to come into effect from January 2021 and this short timeframe will almost certainly impact on the food processing sector. It is our view that migrant staff working in meat processing sector either arrive in the UK with the necessary skills or are quickly trained to the required skill level and should not be classed as ‘low-skilled’.

“Our members invest huge amounts of money in training staff both as a means to retention and to equip them with the very real skills required to put safe food on the nations tables.”

A salary threshold was also revealed as part of the new bill, with certain members of the meat industry speaking out against the potential issues of lowering the salary threshold from £30,000 to £25,600 for skill workers coming to the UK with a job offer.

The plans were initially recommended as part of the Migration Advisory Committee’s (MAC) latest report, and NFU Scotland parliamentary affairs manager, Clare Slipper, said at the time: “This is a paper that signifies some progress but still falls a significant way short of delivering a platform for an immigration system that will ensure that the permanent and temporary labour requirements of Scotland’s food and farming sectors will be met.

“The MAC’s proposed move away from an arbitrary wage threshold of £30,000 is welcome as such a threshold would have been totally inapplicable in most vacancies within agri-food.

“However, NFUS continues to dispute the need for wage thresholds at all, as well as the assertion that they are needed to prevent undercutting in the labour market. There is no evidence of such bad practice happening in Scottish agriculture, which is regulated by the Scottish Agricultural Wages Board.

“In addition, setting an arbitrary definition of ‘skills’ also fails to account for the skills that an employee will accrue whilst in a post – to operate machinery, or undertake skilled husbandry of crops and animals.”