Scottish farmers and crofters have welcomed news that Marks and Spencer has pledged to source and stock 100% Scottish lamb in all its Scottish stores, following an NFU Scotland shelf watch campaign that found a significant amount of imported lamb on some of the retailer’s shelves over Easter week. 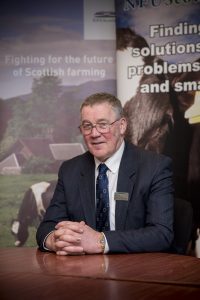 The union’s shelf watch campaign took place between the 9th and 12th April and it surveyed 45 supermarkets across Scotland, looking at fresh lamb offerings. According to its report, results showed a “44% commitment to lamb produced in the UK,” while overall, it counted 2,803 packs of fresh lamb.

Marks and Spencer’s response to the campaign came after last year’s commitment to source 100% Scottish lamb for its Scottish stores this season. In a statement, the retailer apologised and indicated that an error in its delivery system had been responsible for the imported lamb.

The supermarket reaffirmed its commitment to sourcing only Scottish lamb, while the NFU Scotland has reiterated its call to see “all supermarkets now make a similar pledge”.

Commenting on the Marks and Spencer pledge, NFU Scotland president Andrew McCornick said: “I welcome this speedy response and action taken by M and S. Having a leader retailer delivering on its commitment to stock exclusively Scottish lamb in its Scottish stores is great news and at a time when Scottish farmers and crofters are coming through the difficult spring lambing period.”