Having urged its members to pay greater attention to succession planning, National Pig Association is putting its own house in order, by promoting general manager Dr Zoe Davies to the post of chief executive. 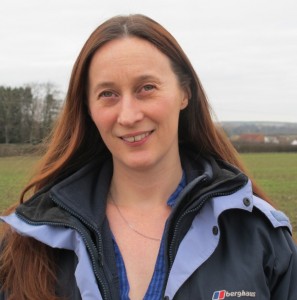 Zoe Davies is the new chief executive of NPA.

NPA chairman Richard Longthorp, an east Yorkshire pig producer and arable farmer, said that since Zoe Davies had joined NPA from Defra six years ago, the NPA board had been increasingly impressed by her contribution to the betterment of the British pig industry, operating at a national and international level with a deft confidence based on her profound knowledge of pig production and pig industry politics.

In addition to being well deserved, the new appointment would take some pressure off future NPA chairmen. He said: “In the past, the elected chairman of NPA has tended also to take on the chief executive role, but this made it almost a full-time job, and that’s not sustainable in today’s highly competitive environment when pig producers need to devote the lion’s share of their energies to their own business.”

Dr. Davies said: “You’d be hard pressed to find a more dedicated and passionate team to support British pig producers than the National Pig Association, and I am honoured to be given the opportunity to guide it through future challenges and to take advantage of the opportunities. Our focus is, and always will be, to provide excellent value for our members.”

Dr. Zoe Davies was a senior scientific officer at Defra before joining NPA. Before that she was farm and trials manager at BQP, Britain’s biggest pig producer. For her PhD, she studied welfare in outdoor sow systems at Cambac JMA Research. A 2011 Nuffield Scholar, her subject was “Movers and shakers in global pig production” — an investigation into ways that small lobbying organisations, such as the National Pig Association, can maximise their effectiveness.