The Food Standards Agency has announced that both Addo and the supermarket retailers it supplies, Tesco, Aldi and Nisa, are recalling a number of pastry products including sausage rolls, pasties, pastry pies and slices because of “potential contamination with small pieces of metal wire”.

A statement on the FSA’s website reads: “Own-brand pies, sausage rolls and pasties with use-by dates ranging from 4 June to 12 June have been affected. 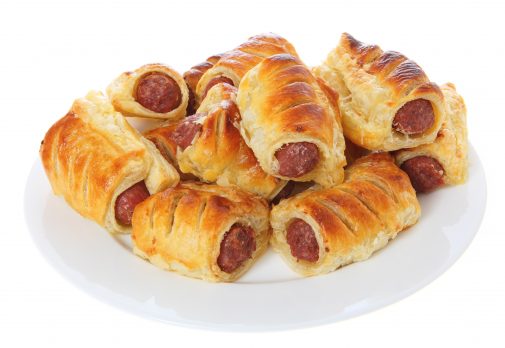 The FSA has released a list of 59 products that are being recalled at six locations around the UK.

The FSA is advising shoppers who have bought any of the products listed not to eat them. Instead, the FSA asks customers to return the products to the store they were brought for a full refund.

According to global law firm Clyde & Co, its analysis of EU data revealed that food alerts in the UK have risen “steadily” from ten in 1995 to a record high of 818 “serious alerts” in 2017.

“The Addo Food Group has initiated this recall after routine procedures identified part processed pastry contained metal. Investigations identified a faulty drive belt through abnormal wear caused the pastry to become contaminated. Some of the metal may have been too small to be picked up by metal detectors, however no finished products have been found to contain metal.

“We have not received any consumer complaints, but as a precaution the company is recalling the products listed in the alert. The retailers involved have also initiated their own product recalls.”