Trading patterns in the red meat sector mean that a chaotic Brexit at the end of October would be the worst possible timing, Hybu Cig Cymru – Meat Promotion Wales (HCC) chief executive Gwyn Howells has warned. 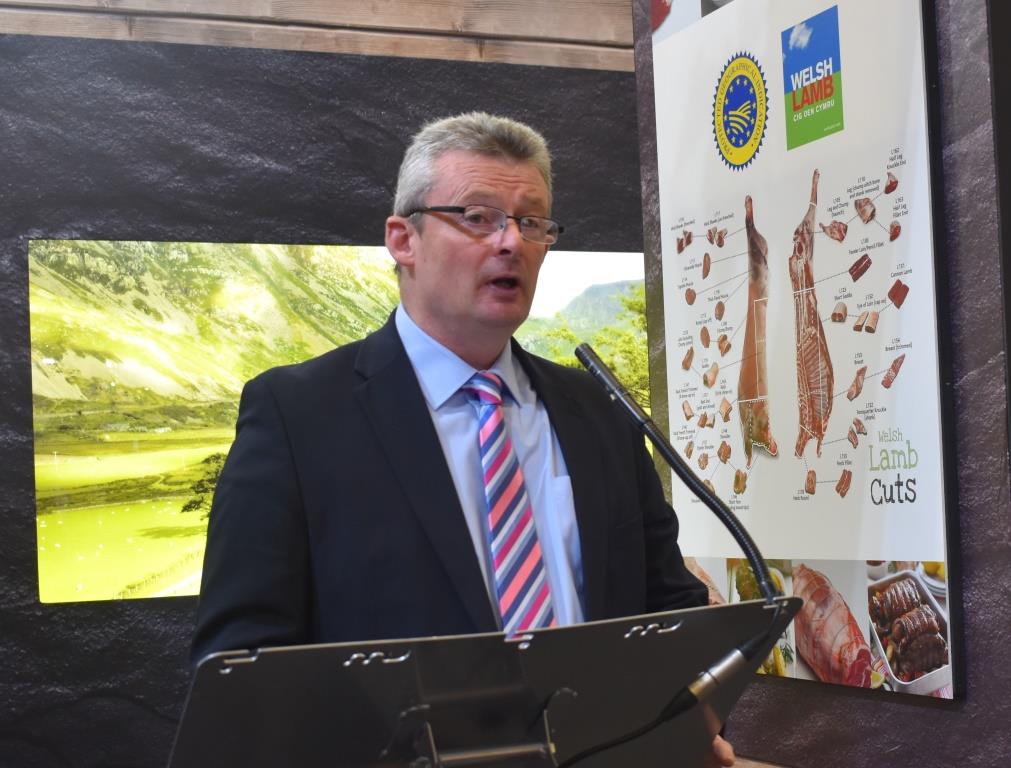 HCC chief executive Gwyn Howells: “It’s completely unrealistic to expect this business to replace a sudden interruption in our trade with our near neighbours in Europe, which is what WTO Tariffs would entail.

Figures from HCC, which analyses market data on behalf of the livestock farming and red meat processing industry in Wales, show that exports to Europe of Welsh lamb in particular reach a peak in late autumn.

Therefore, disruption caused by the sudden imposition of WTO-level tariffs, which on lamb and beef equate to between 40% and 90%, would cause immediate severe disruption for farmers and food businesses in Wales.

Over the whole year in 2018, lamb and beef exports were worth £187.6 million to the Welsh economy. But a significant proportion of those exports are seasonal, being concentrated in the September to December period.

During the first week of November 2018, an estimated 37,000 lamb carcases from Wales were exported to the EU.

“Our message has been clear for many months; namely that the red meat sector has great potential to drive exports within the Welsh food and drink industry, but that all this could be put at risk by a hard exit” said Howells.

“The potential impact of a chaotic no-deal Brexit in March was serious for our industry, but the effect of a similar scenario in October could be calamitous,” he warned. “This is just the time when many lambs, particularly from the hill sector, are coming onto the market.”

Over a third of Welsh Lamb and around an eighth of Welsh beef production is exported overseas, with the 27 remaining countries of the EU being the destination for over 90% of the trade.

Howells added: “HCC has worked hard in recent years alongside partners in government to obtain access to new markets, with notable successes in Asia and the Middle East.

“But it’s completely unrealistic to expect this business to replace a sudden interruption in our trade with our near neighbours in Europe, which is what WTO Tariffs would entail.

“The potential impact of No-Deal is extremely serious, on farmers’ livelihoods and the viability of the food processing sector which employs thousands of people in Wales.”

IMTA launches its manifesto for 2019