Richmond Sausages – part of Kerry Foods, has announced the launch of a new advertising campaign. It aims to highlight the universal appeal of Richmond Sausages amongst UK shoppers and drive growth for its product range. 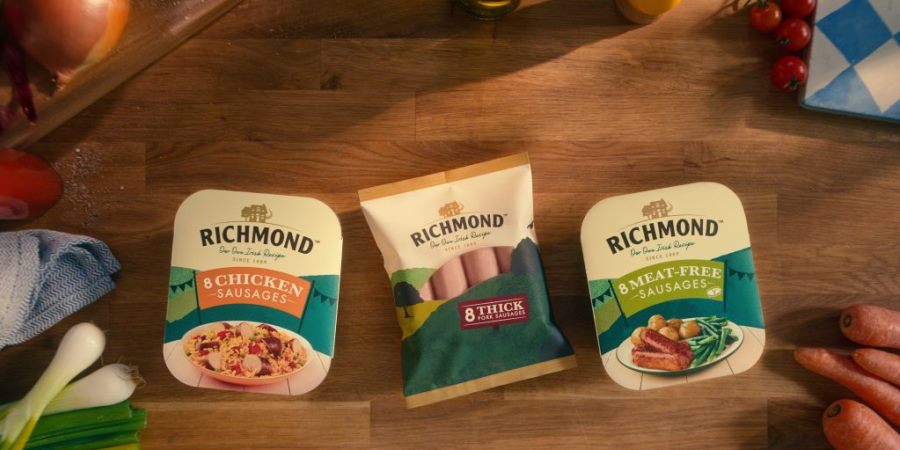 Richmond Sausages says it has been hard at work innovating across its range in recent years to cater to evolving consumer demand. The brand branched into Chicken Sausages in 2018 and then into the meat-free market for the first time last year.

The new advertising campaign is due to launch on 10th February during ‘The Chase’ and ‘Love Island.’ The TV campaign will run until the 23rd January with extension of VOD (view on demand) until the middle of March and a second wave coming later in the year.

The launch of the TV ad coincides with another key moment for the Richmond brand, as it once again  partners with Asda to support its ‘You Buy One, We Give One’ charity campaign. For every pack of Pork 454g and Chicken 400g sausages sold from 6th Feb to 17th March, Richmond Sausages will donate the equivalent to FareShare over the following 12-month period.

The partnership allows Richmond to give back to local communities, with the new ad helping to drive consumers into Asda store’s where they can support the charity’s work, while at the same time explore Richmond’s expanding portfolio.

The brand has partnered with FareShare, the UK’s largest charity fighting hunger and food waste, for a number of years now –providing 7.9 tonnes of surplus products to the charity between January and June 2019 – equating to an estimated 18,810 meals.

Dawn Spencer, Director at Kerry Foods said: “As we move into 2020, we are excited about the growth of the Richmond portfolio into healthier proteins and this is helping us to demonstrate to retailers and consumers why we’re the Nation’s Favourite Sausage Brand. Alongside our new ad campaign, we’re thrilled to be working in partnership with Asda and FareShare to help customers donate food across the UK. With our ad campaign driving footfall in-store, we’re hoping this will encourage further purchase and drive these donations.”