Scotch Beef PGI is set to make its Japanese screen debut to over 10 million people ahead of the rugby calendar’s most important event. 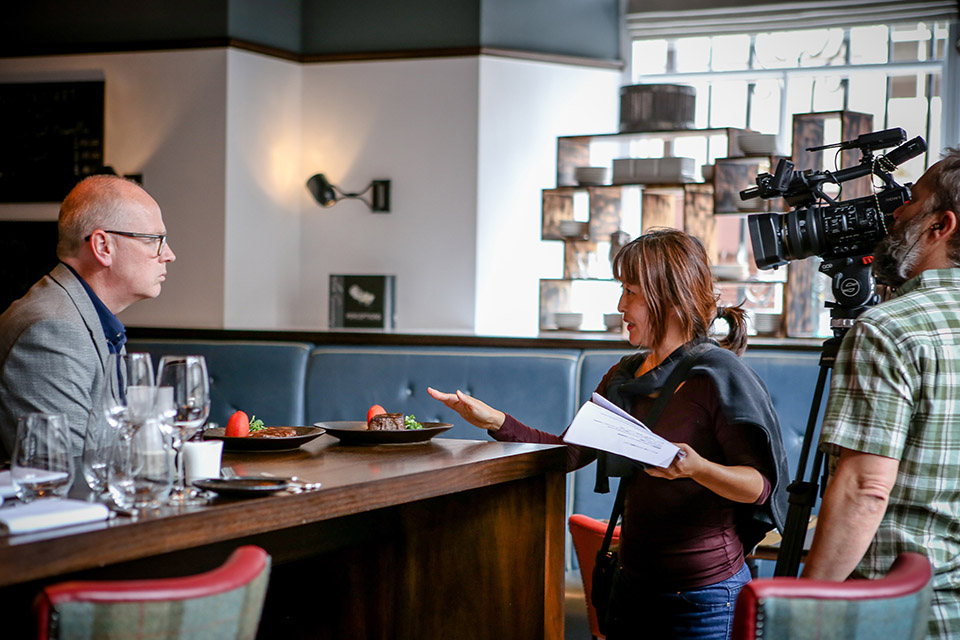 A team from Nippon TV, a Japanese broadcaster, were in Edinburgh to find out more about Scottish Rugby and Scotch Beef’s role as their official Healthy Eating Partner for a feature on leading news programme ‘News Every.’

The feature included a visit to Edinburgh restaurant Grazing by Mark Greenaway, where the chef prepared a selection of Scotch Beef steaks, as well as an interview with Tom Gibson, Quality Meat Scotland’s head of market development, who explained the role of the partnership as well as Scotch Beef’s global reputation for exceptional quality and taste.

Gibson said: “It’s hugely exciting to help build the profile of Scotch Beef in Japan, especially at a time when opportunities for Scottish companies to enter the Japanese market continue to open up.

“As well as showcasing some of our best chefs and trusted suppliers, we were also able to share the excellent quality assurance, provenance and high animal welfare standards that underpin the Scotch Beef PGI brand, and how these messages align with that of Scottish Rugby through our role as official Healthy Eating Partner.

“Since Scotch Beef became partner in January, we’ve worked with the team on a number of activities and we’re really proud to be supporting them in what is the highlight of the rugby calendar.”

The Scotch Beef was supplied by Campbell Brothers through AK Stoddart – both of which are members of Quality Meat Scotland’s processor assurance scheme.