An Edinburgh chef has impressed the judges and taken home the winning title at this year’s ‘Scotch Lamb Surf ‘n’ Turf Chef of the Year’ competition. 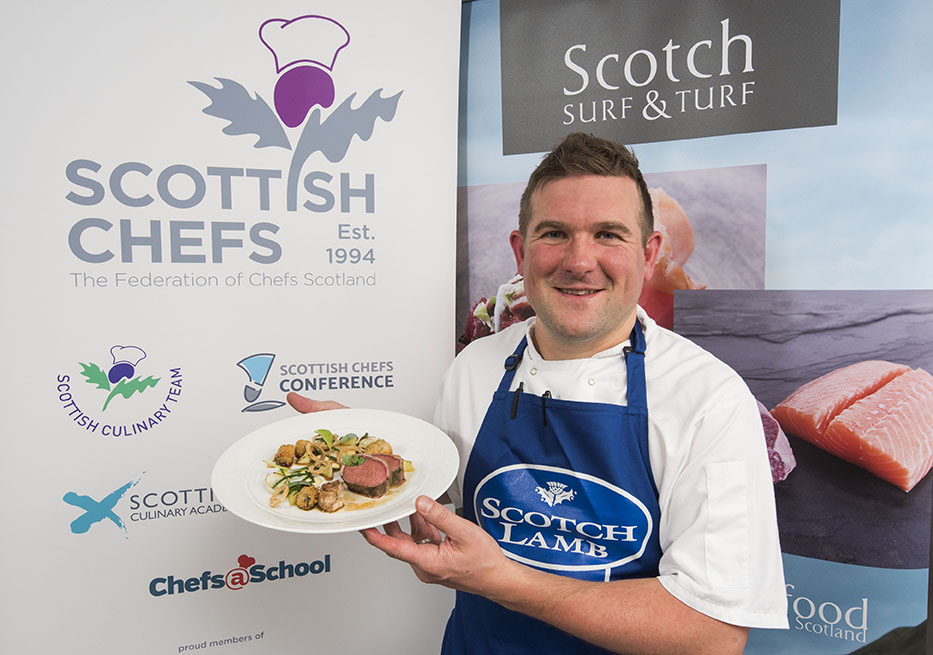 Battling it out against tough competition from top chefs at some of Scotland’s most renowned restaurants, Borthwick Castle’s head chef Craig Gibb came out on top, wowing the judges with his creative dish that  championed some of Scotland’s best natural produce from land and sea.

Serving up a dish of Saddle of Lamb, Lamb Sweetbreads, Crispy Oysters, Cucumber and Lamb Jus, Craig Gibb was heralded as this year’s winner due to the creative flair and evident passion present in each element of the delicately balanced plate.

“It’s an honour to have been given this title, especially as I was up against some really tough competition, we all put in a huge effort both creating our dishes and then cooking them for the judges. We had a lot of fun but taking home the winning title and prize is an extra bonus, I can’t thank the judges enough.”

Gibb was announced as the winner in front of a wide audience of industry professionals at this year’s annual Chef’s Conference at the Edinburgh International Conference Centre.