The complexity of the red meat production process presents both challenges and opportunities for the industry, says Stuart Ashworth, head of economics services with Quality Meat Scotland (QMS). 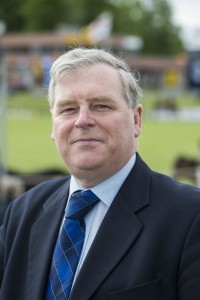 Scotland’s abattoirs have a wide range of customers, from retailers to secondary processors, and while the largest often have significant trade with multiple retail chains and manufacturers across the UK and Europe, the smaller plants serve the needs of high street butchers.

“Our red meat production process is underpinned by a diverse range of routes from farmgate to consumer plate,” said Ashworth.

The concentration of slaughtering capacity in Scotland is another significant factor.

“In the sheepmeat sector lamb meat production was virtually unchanged as a small increase in carcase weight offset the 1.25% decline in lamb and hogg slaughter numbers. Reduced sheepmeat production was therefore entirely due to an almost halving in the number of ewes and rams killed in Scotland,” stated Ashworth.

Scotland’s population is around 5.35 million and if each of these people consumed 20kg of beef per person (around 10-15% more than the average UK consumer) Scotland would need around 100,000 tonnes of beef or about 60% of abattoir production.

It must be recognised, though, that not all meat sold in Scotland is sourced from Scottish abattoirs, evidenced by the New Zealand lamb and Irish beef on retail shelves.