The Worshipful Company of Butchers hosted its February Court and Livery Luncheon at Ironmongers’ Hall yesterday. 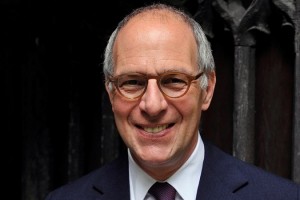 Anita Evans, Chas Bassett and Richard Griffiths were robed at the event and admitted as full Liverymen of the company.

Nuffield scholar 2016, Rob Mercer, was also announced. Rob is part of a family farming business in Staffordshire and his topic of study will be ‘How to develop and add value to a pig business whilst contributing to society’.

Commenting on the scholarship, Rob said: “I am very grateful to The Worshipful Company of Butchers and the Elizabeth Creek foundation for giving me this very exciting opportunity.”

Premier Young Butcher 2015 Lucy Crawshaw, from Taylors Farm Shop in Lancashire, was also congratulated. Lucy is currently training for the 2016 International Young Butcher Competition at IFFA in Frankfurt in May.

The Institute of Meat and Worshipful Company of Butchers’ Annual Prizegiving, which Meat Management is proud to sponsor, will take place on Tuesday 23rd February at the Tallow Chandlers Hall.