Hybu Cig Cymru / Meat Promotion Wales (HCC) was recently invited to inaugurate a week of food promotions at the famous Hankyu store in Osaka, Japan. Welsh Lamb’s prominence in the British-themed food fair at a high-end department store represents a major boost to the profile of the meat says HCC, which has only been available in Japan since the start of 2019. 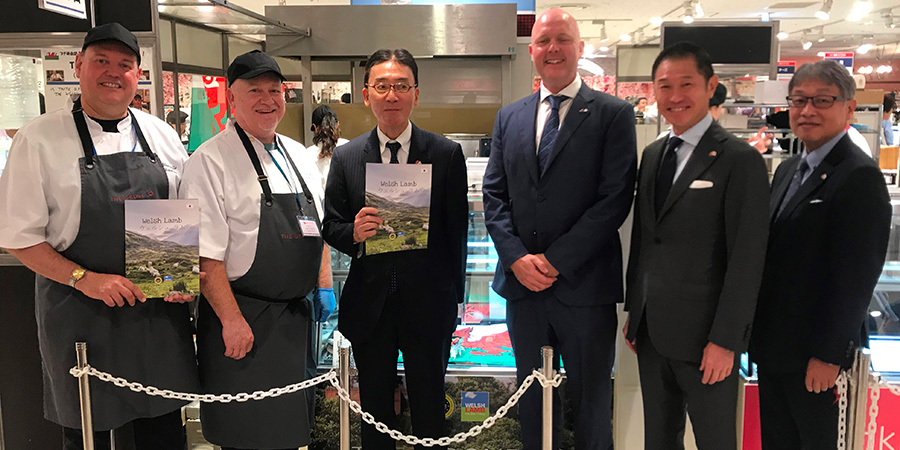 As part of the event, Japanese consumers are invited to taste a slow-cooked dish of Welsh Lamb shoulder with leek relish and pickled daikon, prepared by Trevor Lewis, a chef at the five-star Grove hotel in Hertfordshire.

A similar food fair at another of the company’s stores in Hakata also featured Trevor Lewis’s Welsh Lamb dish. HCC has also worked with partners in the Welsh Government and the British Embassy to participate in  promotions at restaurants and events in Oita, Tokyo, Kumamoto and other cities.

HCC’s Market Development Manager, Rhys Llywelyn, officially opened the Osaka food fair as part of a five-day visit featuring promotional events, media appearances and meetings with potential customers. Rhys commented: “The World Cup is a once-in-a-lifetime opportunity to take advantage of the profile of Welsh rugby and introduce a new audience to our outstanding red meat.

“Having such a prominent retailer as Hankyu on board during the World Cup is a huge boost, and it was an honour to be asked to open their food fair in Osaka.

“During my time in Japan, I was able to meet with a wide range of importers, retailers and hotels. Some of them are already trialling Welsh Lamb in promotions around the World Cup – it was fascinating to see how local chefs at the Imperial Hotel in Tokyo and Quindici restaurant in Oita are adapting this outstanding ingredient for local tastes. 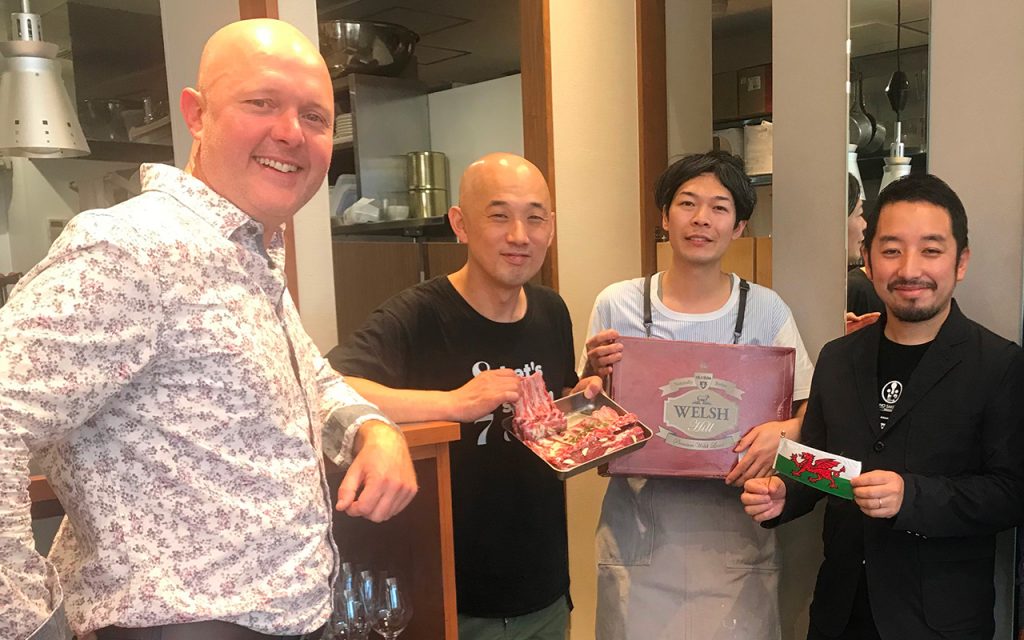 Quindici in Oita is one of the restaurants which is promoting Welsh Lamb during the Rugby World Cup.

“These promotions have involved a huge amount of work by HCC, a number of Welsh processors, chef Trevor Lewis and the excellent team at the Welsh Government Office in Japan. I’m confident that we’ve made our mark and raised the profile of Welsh meat, which will lead to new opportunities for both lamb and beef.

“Already, we’re pursuing an opportunity for Welsh Lamb to appear at a large lamb festival in Tokyo in November, taking its place alongside products from New Zealand, Europe and Australia which have been in the market far longer.

“This is one of the countries that we must target given the uncertainties over Brexit. It has many affluent consumers, who are used to paying a premium for meat which is high in quality, welfare and nutritional value. Grass-fed lamb and beef from Wales could therefore be a popular choice among young, discerning consumers who are health-conscious.”