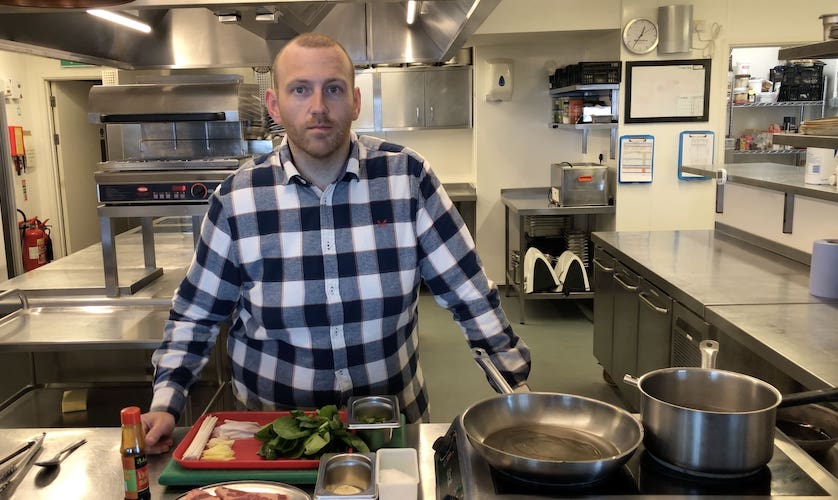 Michelin-starred chef Hywel Griffiths will be one of the stars inspiring consumers to try new recipes in HCC’s videos on the Virtual Royal Welsh platform.

HCC will be staging nine sessions in total, from cooking demonstrations with Michelin-starred chefs to inspire people to create new recipes at home to updates on key industry projects, as well as the traditional address by the Minister and HCC chairman on the first morning of the Show on Monday 20th July.

“…we will be presenting Michelin-starred chefs, butchers and our own Elwen Roberts who will help inspire consumers to create fabulous meals at home with PGI Welsh Lamb, PGI Welsh Beef and pork.”

HCC’s communications manager, Owen Roberts, said: “Traditionally, HCC is a huge part of the Show, hosting the Monday morning breakfast and entertaining the public with cooking and butchery demonstrations, competitions and industry events. The Show is also vital to us, giving the ideal shop-window to introduce UK retailers and overseas buyers to the best that rural Wales has to offer.

“Obviously, we’re disappointed not to be preparing for a real-life show. But we’re proud to be supporting the Royal Welsh in putting on its virtual four-day event, and are delighted that key contributors can take part.

“We’ll be kicking off on Monday morning with an address by our chair and the Minister Lesley Griffiths, who will have much to say on how coronavirus has impacted the industry and how we move forward.

“Every morning we’ll have discussion sessions and presentations giving updates on key industry projects, and in the afternoons at 3pm we will be presenting Michelin-starred chefs, butchers and our own Elwen Roberts who will help inspire consumers to create fabulous meals at home with PGI Welsh Lamb, PGI Welsh Beef and pork.”