A sheep farmer from Aberdeenshire has swapped her fields for the aisles to support a campaign promoting Scotch Lamb PGI. 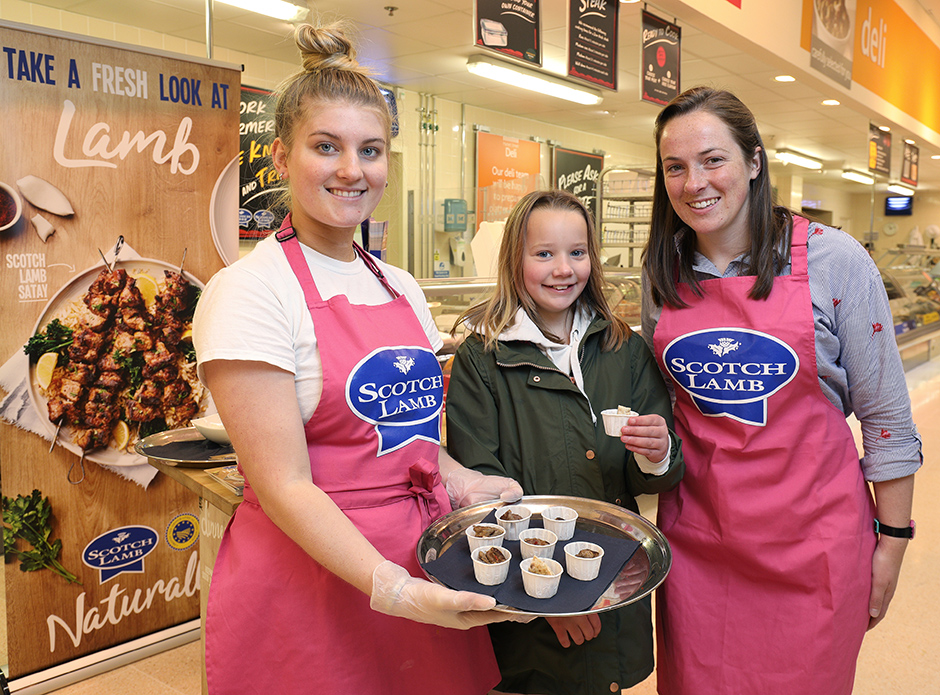 Michelle Stephen of Meikle Tillyeve Farm near Udny was recently in Morrisons in Inverurie to tempt shoppers with a taste of the meat as part of the Scotch Lamb PGI sampling roadshow, delivered by Quality Meat Scotland (QMS).

Hoping to educate consumers on the benefits of enjoying Scotch Lamb as a tasty and versatile mid-week meal option, the farmer also discussed the journey of the meat from farm to fork.

Michelle Stephen, farmer at Meikle Tillyeve Farm, said: “Coming along to sampling events like this gives us the perfect opportunity to engage with local shoppers on the importance of buying produce that supports local farmers.

“Scotch Lamb comes from Scottish farms that adhere to the most stringent standards of animal welfare and production methods. By looking out for the blue Scotch Lamb PGI logo, shoppers can rest assured that what they are serving to their families is of the highest standards possible.”

Lesley Cameron, director of Marketing and Communications at Quality Meat Scotland, said: “Bringing local farmers to these sampling roadshows is a great opportunity to educate shoppers on the hard work that goes into rearing the highest quality Scotch Lamb.

“We hope that by having farmers talk to the customers while they try samples of the meat in versatile new recipes, we can inspire them to opt for Scotch Lamb next time they are on the hunt for a delicious midweek dinner!”

The roadshow forms part of QMS’s ‘Scotch Lamb, Naturally’ activity – a six-week long campaign which includes television advertising as part of the promotional mix, along with billboard, press, digital, social and radio advertising.

Consumers are encouraged to visit www.scotchkitchen.com/scotch-lamb-naturally to discover a range of new recipes created using Scotch Lamb with a preparation time of 30 minutes or less.