New research conducted by the University of Kent has revealed consumers are more conscious of the origin of the meat they buy following the horse meat scandal of 2013. 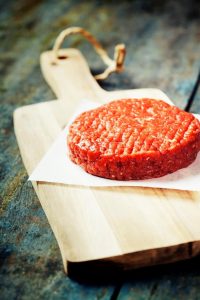 Consumers are more conscious of the origin of the meat they buy, particularly beef, following the horse meat scandal of 2013.

The research has been done by Professor Iain Fraser in the School of Economics at the University of Ken and Dr Mohamud Hussein from Agribusiness Solutions Hub. The results indicate that consumers are more mindful of the origin of fresh and processed meat they buy, plus they’re willing to pay more for British labelled meat.

According to the study, the shift has come, in part, as a result of the 2013 scandal, when it was unearthed that numerous beef products were found to contain horse meat. Some of the meat tested in that period had also been declared unfit for human consumption.

Professor Fraser and Dr Mohamud Hussein’s study discovered that because of the scandal, UK consumers now place a higher value on meat products with an origin label from Britain, being willing to pay around £2 per kg more than for meat with no country of origin information.

Beef products have seen the biggest rise in the shift, as they were also the ones found to have been affected by horse meat contamination.

Researchers have also revealed that food retailers have voluntarily increased the amount of origin labelling they provide on products to keep consumers informed.

The findings are based on analysis of monthly shopping data from Kantar Worldpanel’s survey of 30,000 households that are geographically and demographically representative of the UK population.

They will be published in a forthcoming issue of the Journal of Agricultural Economics.