Andrew Knowles, marketing director swine for ForFarmers is the winner of this year’s David Black Award. 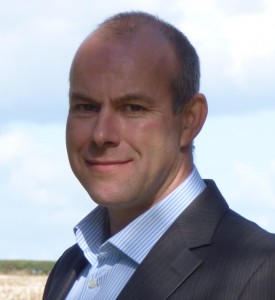 Andrew Knowles, this year’s winner of the David Black Award for his contribution to the British pig industry.

The award is given to somebody who has made a significant and sustained contribution to the British pig industry. Knowles was chosen by a panel of independent judges and received his award from Defra Secretary of State Liz Truss at an industry breakfast held in the House of Lords.

Knowles said: “I was absolutely stunned and I was also in a bit of a dilemma about accepting it as, to my mind, I was simply doing my job and there is nothing exceptional in my work for the industry.

“Everything that has been achieved is down to the hard work of not only my colleagues, but also a large number of people in the industry. There were many people who give their time, expertise and knowledge to the industry in addition to driving their own businesses.”

Knowles started his career as an agricultural business consultant before joining BPEX as strategy co-ordinator in 2001 a week before the Foot and Mouth outbreak.

In 2009, he was appointed head of Communications and Supply Chain Development, extending to leading the BPEX Knowledge Transfer team in 2011 and then BPEX head of Technical in 2014.

During his time with BPEX, he was involved in developing and leading various projects and campaigns such as the Two Tonne Sow, Breed +3, BPEX Pig Health Scheme, Interpig pig performance network, and e-AML2 pig movement service, as well as undertaking a range of supply chain projects.

At the event, butchers RJ Balson and Son was also presented with an award for its services to sausages.