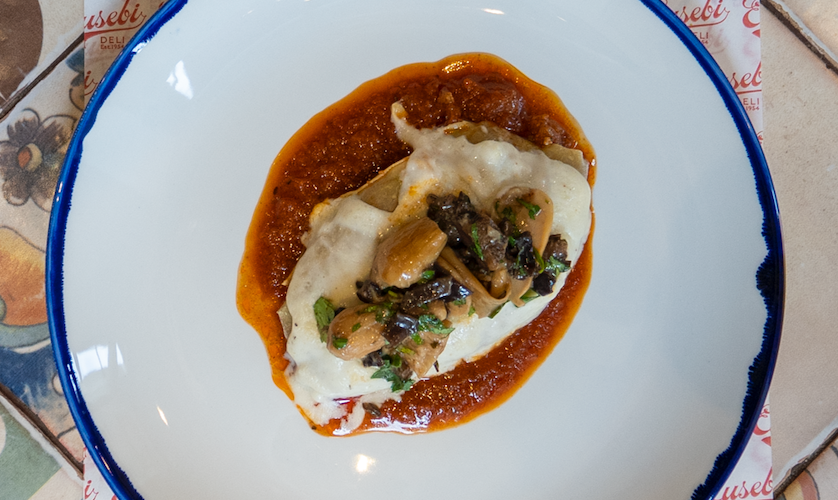 A Scotch Lamb cannelloni with porcini mushroom ragu as part of the itison ‘at home’ dining service.

The restaurant has partnered with the itison ‘at home’ dining service to create a small plates menu featuring Scotch Lamb PGI, which customers can enjoy from the comfort of their own homes while directly supporting Scottish farmers and the wider supply chain.

The dish – a Scotch Lamb cannelloni with porcini mushroom ragu – can be viewed from on the itison website and will be available to purchase as part of the Eusebi at home menu between the 23rd and 26th July and 31st July and 2nd August.

Meat wholesaler Campbell Brothers is providing the Scotch Lamb that will be served to customers throughout the city and the Greater Glasgow area.

“Lamb can sometimes be overlooked in favour of other meats but we hope that getting to enjoy it with the Eusebi at home menu will encourage people to reconsider making it a natural choice for a homecooked meal.”

Lesley Cameron, director of marketing and communications at QMS, said: “Scottish butchers and foodservice operators have been working harder than ever in recent months to provide people with world-renowned Scotch Beef PGI, Scotch Lamb PGI and Specially Selected Pork at home, so we are delighted to be partnering with Eusebi Deli and itison as part of the at home dining service to offer a Scotch Lamb dish in an authentic Italian way.

“Lamb can sometimes be overlooked in favour of other meats but we hope that getting to enjoy it with the Eusebi at home menu will encourage people to reconsider making it a natural choice for a homecooked meal.”

Giovanna Eusebi, owner of Eusebi Deli, said: “We are passionate about using the best local produce and support numerous small suppliers so engaging with a Scotch supplier as part of our at-home menu with itison was an easy decision for us.

“Our brand was born in Italy but created in Scotland and this partnership was an opportunity to do what we do best – create delicious, seasonal food with an Italian twist. We cannot wait for the people of Glasgow to give this one a try.”

Yvonne Brennan, director of operations at itison, said: “itison at home was launched to support Glasgow’s hospitality sector after it was drastically impacted by lockdown, so working with two businesses like Eusebi Deli and Quality Meat Scotland who, like us, strongly believe in supporting Scottish produce and suppliers was a no-brainer.

“The service has been a huge success so far which just goes to show how proud Glasgow is to support Scottish fare.”

Brazilian pork exports up in the first half of 2020