Hybu Cig Cymru – Meat Promotion Wales (HCC) marked the start of a new PGI Welsh Lamb campaign by encouraging consumers to try a number of different recipes and cuisines at home as part of Lamb Day. 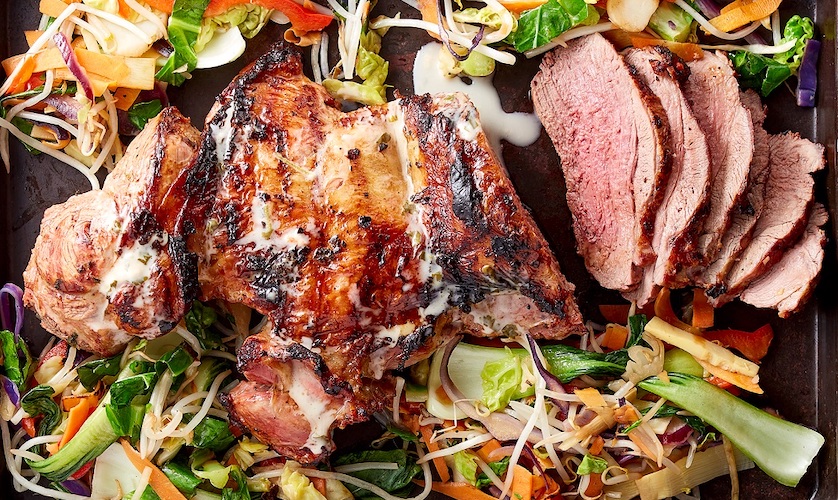 Starting on the 1st August with Lamb Day, an annual event which marks the start of the season for Welsh lamb, the new campaign will focus on helping people to have confidence when cooking from the comfort of their own homes.

As part of the campaign, figures from the food world will be creating a series of recipes and simple ‘how-to’ guides for consumers to follow at home.

Among these is Dean Edwards, who has been a regular chef on ITV’s Lorraine over the past decade, as well as chef, presenter and best-selling author, John Gregory-Smith.

Also working on the campaign is Michelin-starred chef, Hywel Griffith, of the Beach House restaurant in Oxwich, who will be helping people make the most of the summer BBQ season.

Griffith has created a BBQ recipe using Welsh Lamb and has launched a competition giving the chance for people to win over £400 of barbecuing equipment.

“Lamb Day is a time when Welsh Lamb is plentiful and at its very best, so we want to remind people across the UK not only of its excellent taste, but also of its many benefits such as versatility for cooking.”

Discussing why Welsh Lamb is so suited to BBQ cooking, Griffith said: “When it comes to barbecuing, Welsh Lamb lends itself perfectly because you’ve got two choices – long and slow or medium-rare. Its versatility means that all the different cuts can be cooked on the barbecue and they taste absolutely fantastic.

“The two best cuts for long and slow cooking are the shoulder or the breast because they have a high-fat content. As they cook, all the fat melts away and bastes the meat while it’s cooking and you end up with a fantastic product.

“When cooking medium-rare you can use best end, the rack of lamb and the leg. I would cook a leg of lamb to medium /medium-well. You could smoke it at a higher temperature or you could cook it quicker in steak form. You can cook the racks or the best end beautifully pink. It’s such a versatile product.”

Rhys Llywelyn, market development manager for Hybu Cig Cymru, added: “Lamb Day is a time when Welsh Lamb is plentiful and at its very best, so we want to remind people across the UK not only of its excellent taste, but also of its many benefits such as versatility for cooking.

“Seasonal eating is something many of us are guilty of forgetting, but there’s a reason things taste better at the right time of year. We hope our upcoming campaign builds on recent momentum as we show people how to make quality, restaurant-style dishes from the comfort of their own homes.”