Newly-released trade figures from HM Revenue and Customs show that the volume of sheepmeat exported from the UK in the first quarter of 2020 was 15% lower than last year, entirely thanks to a 40% fall in March as coronavirus lockdowns came into effect. 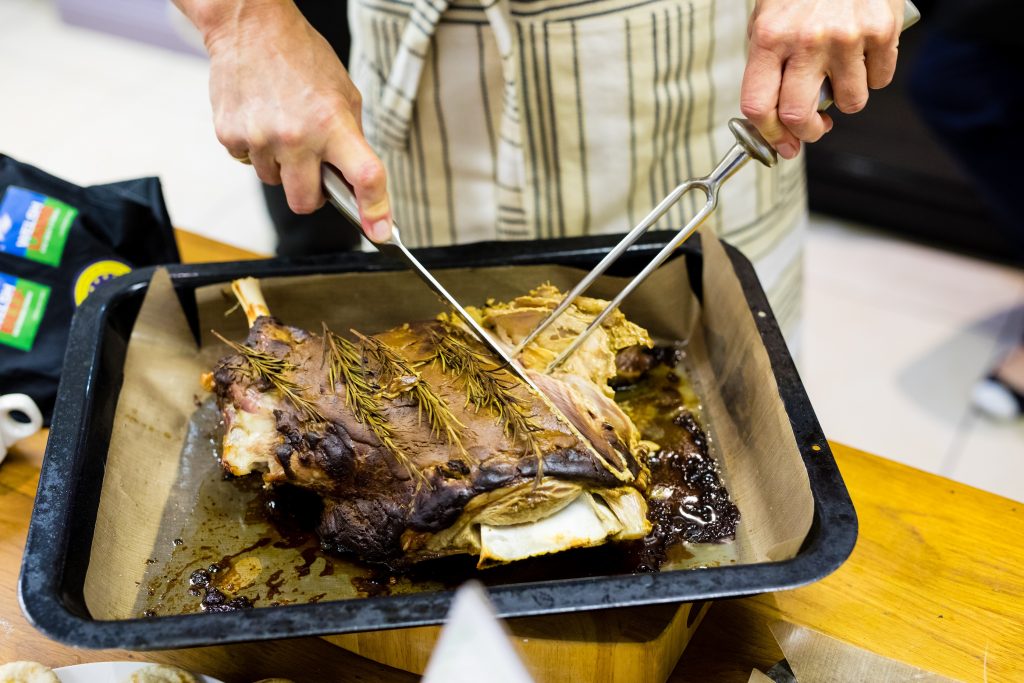 Exports fell from 8,748 tonnes in March last year to 5,237 in 2020, cancelling out a positive January and February for the sheep sector. This is due to the closure of foodservice outlets such as restaurants throughout much of Europe, as well as a lack of supply which followed huge fluctuations in demand in the UK domestic market.

Current farmgate prices for lamb remain relatively strong. However, industry leaders have warned that the sheep sector, which is more dependent on exports than other parts of the red meat industry, may yet suffer significant instability during the summer and autumn, which usually see a higher volume of exports than the spring.

HMRC’s March figures show that the beef export trade was less severely impacted by COVID-19, and that long-term problems with African Swine Fever in Asia have helped pork exports to continue to rise despite trade disruption, with China now the largest overseas purchaser of British pork.

Hybu Cig Cymru – Meat Promotion Wales (HCC) export executive, Deanna Jones, explained that the lamb export figures were expected given the unprecedented disruption to European markets and huge changes in demand, but were still a cause for concern.

“Although Wales exports some lamb all year round, the biggest impact of any disruption may be felt from July through to December this year, when large-scale exports help to support farmgate prices during the seasonal high point of our production” explained Deanna.

“The near-closure of the foodservice sector has had a major impact on parts of the red meat industry in Europe and beyond,” she said. “Lockdowns are starting to be eased but it is likely to be many months before things return to anything approaching normality for hotels and restaurants.”

Jones also outlined the measures that HCC was taking to address the imbalance in demand in the main export markets for Welsh Lamb and Welsh Beef.

“The market research in most of our main export destinations shows that, as in our domestic market, the collapse in the foodservice sector has been accompanied by an increasing demand from retailers for certain products,” she continued.

“We’ve therefore been revising our plans to focus more on consumer marketing rather than the foodservice sector. We’re also working with retail partners in key markets such as France, Germany, Italy and the Middle East to extend promotions and bring them forward to earlier in the year,” she said.

In giving evidence by video link to a committee of the Welsh Parliament Hybu Cig Cymru – Meat Promotion Wales chief executive Gwyn Howells has emphasised that the current Covid-19 crisis, and the disruption it has caused in food chains, has highlighted the importance of food security for Wales.

Giving evidence to a meeting of the Senedd Climate Change, Environment and Rural Affairs Committee, Gwyn Howells explained how the lockdown of the foodservice sector and major changes in consumer buying patterns had caused major disruption in supply chains.

He also highlighted how the experience of the coronavirus crisis could inform future policy, and argued that Wales was in a good position to offer a strong, sustainable and high-quality offering for consumers in years to come.

Gwyn Howells commented; “The meeting was a very useful opportunity to explore with Members of the Senedd both the short-term impact of a seismic shift in consumer behaviour on supply chains, and also the long-term implications in terms of our food security.”

He explained, “The crisis has placed a strain on businesses within the sector. Some have been able to innovate and create new local supply chains to meet consumer demand. As we look to the future after the current crisis, we must learn the lessons and ensure that people have a reliable source of high-quality protein, produced to high environmental standards, whatever the disruption caused by external events.”

Gwyn Howells also reported that livestock prices had stabilised; consumer campaigns to promote home cooking of beef and lamb favourites which people had previously enjoyed in restaurants, as well as direct engagement with retailers, was starting to have an effect. But he warned of the continued threat of another blow to the food and farming sector if no trade deal between the UK and EU was concluded by the end of the year.

“Right now is a good time to buy steaks and other premium cuts,” he said. “Following the loss of foodservice markets we engaged with supermarkets and switched resources to online promotion in the domestic market to help ensure a balanced consumption of the carcase.

“However exports to our near neighbours in Europe are still important, particularly for the lamb sector, so we need to avoid compounding the disruption with a damaging No-deal scenario at the end of the year.”

AHDB hosts first in a series of export webinars