Scotch Beef back on menu in Japan

Home » Beef » Scotch Beef back on menu in Japan

Scotch Beef back on menu in Japan

Scotch Beef PGI, is back on the menu in Japan for the first time in over 20 years.

An order of Scotch Beef PGI, supplied by West Lothian-based processor AK Stoddart’s, reached Japanese shores and its arrival was celebrated at an official showcase event in Japan as part of the Rugby World Cup celebrations.

The event, organised by Scottish Development International and supported by Quality Meat Scotland (QMS), took place at the New Hall, situated in the British Embassy and was attended by influential Japanese retailers and food importers.

Alan Clarke, Chief Executive of Quality Meat Scotland (QMS) said: “There is a fantastic opportunity for Scotch Beef in Japan, a market which is worth £127m to UK farmers over five years.” He added that discerning Japanese consumers have a hunger for high-value, high-quality Scotch Beef – a premium product that is renowned across the world for its excellence and taste, as well as its leading levels of traceability, assurance and welfare standards.

“Scotch Beef was the first European red meat product to be granted the coveted European Protected Geographic Indication (PGI status) which reflects the unique provenance and quality of this product, and the farming methods behind the production of Scotch Beef are very much part of our Scottish landscape and heritage,” said Mr Clarke.

“We look forward to further developing opportunities to promote and showcase Scotch Beef and Scotch Lamb in Japan.” 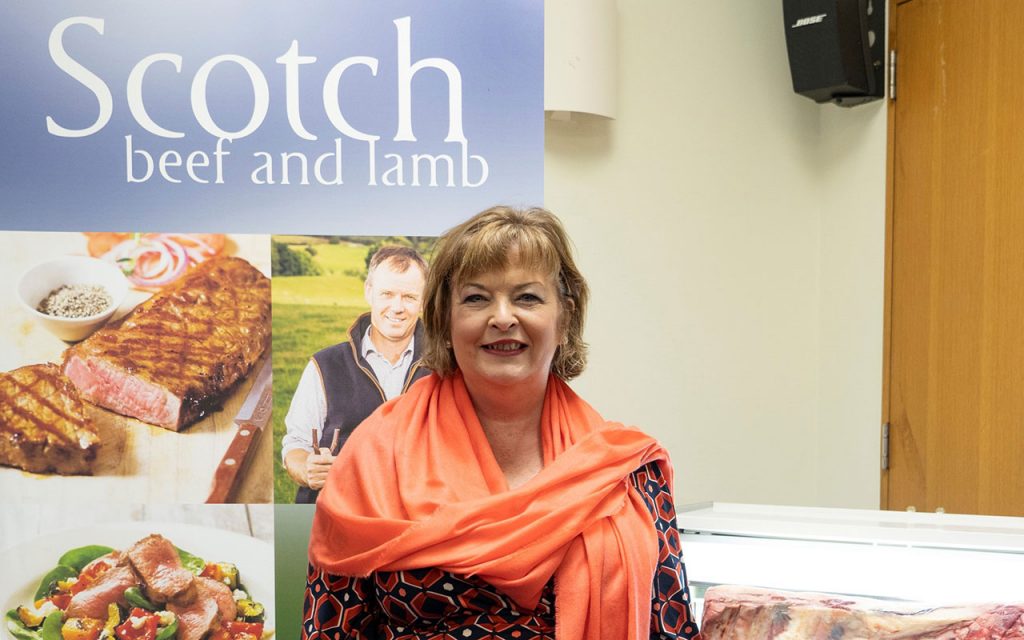 Fiona Hyslop is delighted with the improving prospects for beef exports to Japan.

External Affairs Secretary Fiona Hyslop (pictured) said: “I’m delighted that the people of Japan can once again enjoy one of Scotland’s most iconic food products. Our red meat sector is a genuine success story and one I am committed to continue to champion at home and overseas.”