Scottish Rugby’s official healthy eating partner, Scotch Beef PGI, will be showing support for the boys in blue at their upcoming Summer Test matches against France and Georgia in the coming weeks. 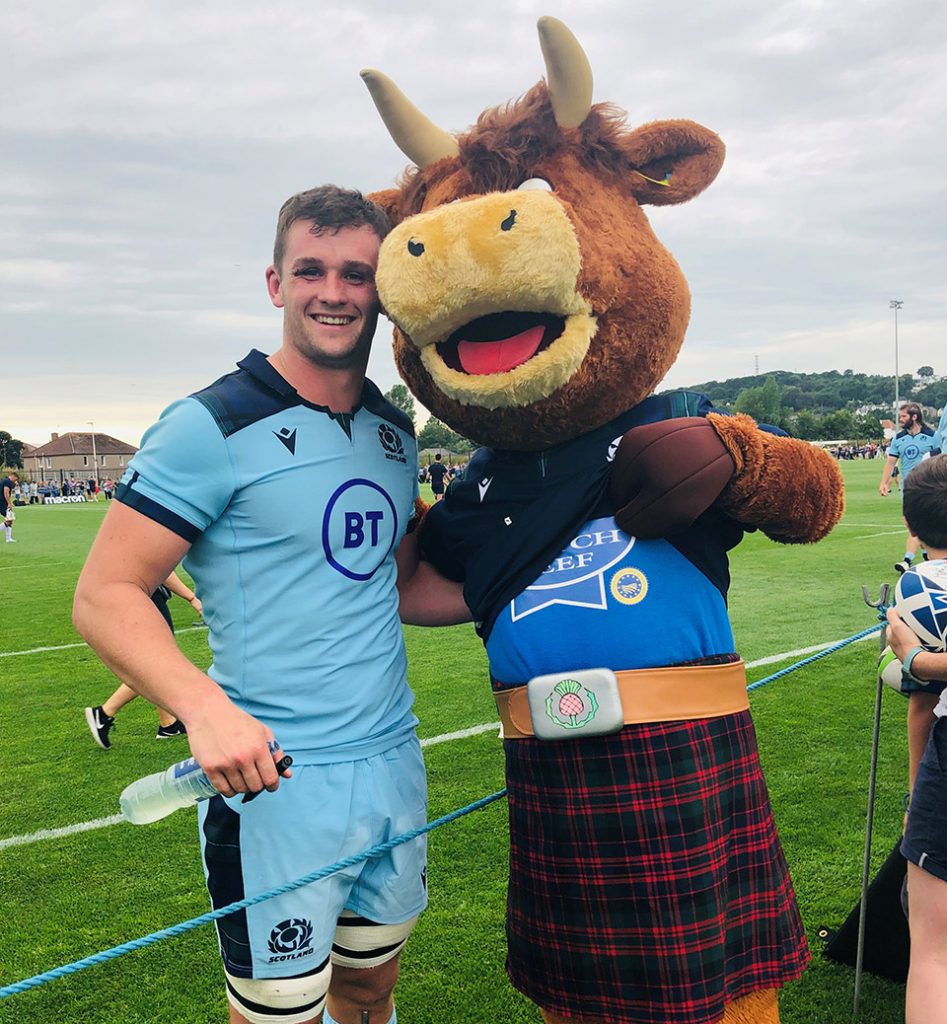 Ahead of the team’s tournament in Japan this September, Scotland’s final preparations will include a set of home fixtures against France and Georgia, where renowned Scotch Beef mascot Hamish the cow will be boosting morale from the fan zone and cheering on the team.

The brand will also be showcased via pitch-side LED advertising during the matches and through a ‘Scotch Beef Fan of the Match’ competition which will announced at half-time.  A special recipe booklet, showcasing Scotch Beef and Scotch Lamb recipes alongside some of the squad players, will also be distributed to thousands of Scottish supporters.

Kirsty Fox, Quality Meat Scotland’s marketing manager said: “As the healthy eating partner to Scottish Rugby we are so excited to be showing our support to the team at their important upcoming Summer Test matches.

“It’s vital that we keep communicating to consumers the important role red meat plays in a healthy, balanced diet, so we can’t wait to meet and chat to supporters to reinforce this message whilst also cheering on our national team.”

The team’s first home Test match at BT Murrayfield Stadium is  on 24th August, the last weekend of the Edinburgh International Festival, when the nation’s capital will already be buzzing.

In January, Scotch Beef was announced as the Official Healthy Eating Partner of Scottish Rugby. As part of the partnership, Quality Meat Scotland (QMS) will continue to deliver an exciting range of activities with Scottish Rugby over the next year.

How strong is supermarket support for Scotch lamb?