UK red meat production up during 2015

UK red meat production up during 2015

Beef production in the UK rose 0.6% and sheep meat production 0.5% during the 12 months of 2015, according to the latest market analysis by Hybu Cig Cymru – Meat Promotion Wales (HCC). 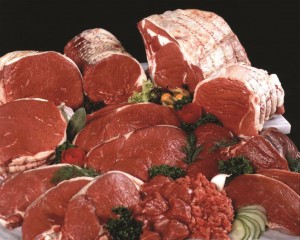 Some 883,200 tonnes of beef and 300,300 tonnes of sheep meat were recorded through UK abattoirs for the 12 months January to December. Prime cattle slaughterings in abattoirs in the UK totalled 1.92 million, a decrease of 2% on 2014 figures; however, sheep slaughterings increased by 2% to 13.1 million head during the quoted twelve months.

Throughputs for the New Season Lamb (NSL) period were 9.1 million head, level with the same period in 2014. Sheep meat production between May and December rose 0.5% to 206,100 tonnes on the back of heavier carcase weights for much of the season.

In December, prime cattle slaughterings in the UK stood at 148,300 head, an increase of 7% on the same month the previous year. Heavier carcase weights continued to be a trend for the year, with beef production in the UK increasing 11% to 69,700 tonnes for December.

“Welsh sheep slaughterings could remain low during the Old Season Lamb (OSL) period between January and May because the June Welsh Government census data estimated a 4% decline in the Welsh lamb crop in 2015,” HCC industry information officer, Charlotte Morris, said. “However, emphasis must be placed on the quality of the lambs presented at market, as the recent poor weather conditions could have affected lamb growth rates and condition.

“In turn, this could lead to a larger than expected number of lambs marketed towards the end of the season.”