A team of Welsh butchers is stepping up training in preparation for the World Butchers’ Challenge in the United States later this year. 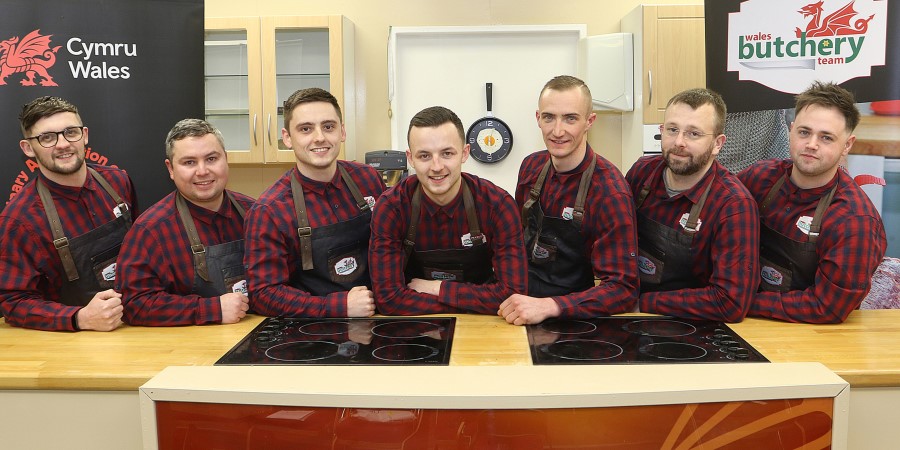 The butchery team that will represent Wales at the World Butchers’ Challenge in the United States this year.

Craft Butchery Team Wales will make their debut at the biennial competition, which will be contested by 16 countries from around the world, in Sacramento, California in September.

The recently formed team, which is managed by retired butcher and experienced competition judge Steve Vaughan from Penyffordd, is a division of the Culinary Association of Wales.

In addition, the judges will select six butchers from all entrants for a ‘best of the best’ world team award.

Chris Jones, co-ordinator for the Welsh butchers’ team, said: “We are now ramping up the training days to every other week in the run up to the competition in September,” he added. “We are also researching product development and hope to call on the expertise of the Culinary Team Wales, after they have competed in the IKA Culinary Olympics in Stuttgart next week, to bring their ideas onboard.

“Opportunities for Wales to compete in the World Butchers’ Challenge don’t come along very often. This competition will provide our butchers with a platform to compete against the best in the world.”

The team has been sponsored by the Association for Independent Meat Suppliers (AIMS), HCC – Meat Promotion Wales and Atlantic Services.