Vion’s viewpoint on its UK departure

Vion’s viewpoint on its UK departure

Announcing that it was returning to what it called its core markest, focussing entirely on its food operations in the Netherlands and Germany and on its global ingredients business Vion claims its new course was essential. 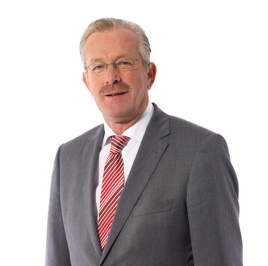 VION’s CEO and executive board chairman Dirk Kloosterboer said: “This is a particularly difficult day for everyone at VION. The decisions we have made have not been easy ones, but they are essential.”

Speaking yesterday Vion’s CEO and executive board chairman Dirk Kloosterboer said: “This is a particularly difficult day for everyone at Vion. The decisions we have made have not been easy ones, but they are essential. We are returning Vion Food to its core pork and beef activities in the Netherlands and Germany, whilst Vion Ingredients will continue to develop globally. The divestments, of which our British food activities constitute by far the largest part, will be implemented carefully. These are steps in a challenging programme to get our food activities back to the desired returns, but I am fully confident that, with the hard work and support of all our people, we will once again ensure VION’s strong position in our chosen markets.”

The company says it is now focused on a detailed process to sell its pork, red meat and poultry UK businesses. It also stated that the interests of the employees, customers and suppliers in the UK are of the utmost importance and says it is keen to provide clarity to all those involved as soon as possible.

Vion has had a major presence in the UK since its 2008 acquisition of Grampian Country Food Group. The UK activities are split into a number of sub-markets, the principal ones being pork, beef, lamb and poultry.

Adjudicator must be able to fine retailers in breach of Groceries Code, says NFU
Reaction to Vion’s UK exit