The Culinary Association of Wales (CAW), backed by HCC – Meat Promotion Wales, will showcase the best of Welsh red meat at the IKA Culinary Olympics in Germany this month. 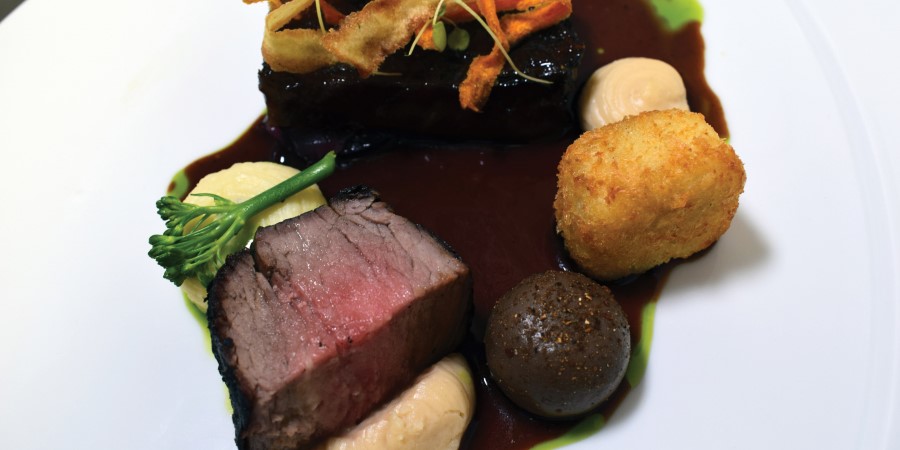 Welsh red meat will feature on the Olympic Menu in Germany.

The CAW team will represent Wales at the event which hosts 60 other nations and runs from the 14th to 19th February in Stuttgart.

As part of the competition, the junior CAW team, of whom HCC is a major sponsor, will present judges with a main course of PGI Welsh Beef, whilst the senior team will display a main course using a saddle and shoulder of PGI Welsh Lamb.

At the same time on 17th February, HCC is partnering with the Welsh Government to ensure that PGI Welsh Lamb is on the menu at a trade event at the British Consul General’s Residence in Düsseldorf. Guests will include food retail buyers, food service companies and top chefs and restaurateurs from across the region.

Germany is a growing market for Welsh red meat, with export volumes having grown in each of the past three years according to HCC. It’s now the second largest export destination for Welsh Lamb, behind France, and combined beef and lamb exports from Wales to Germany are estimated to be worth over £28 million a year.

“Our chefs love cooking with Welsh Lamb and Welsh Beef because they are both premium quality ingredients.”

HCC export development officer, Kate Patten, said: “Germany is a hugely important market for HCC, with a number of key customers in its vast foodservice and catering industry recognising Welsh red meat as a quality, sustainable product which its customers appreciate.

“By partnering with Culinary Team Wales and the Welsh Government’s consular presence, we’re able to bring Welsh Lamb and Welsh Beef to the attention of thousands more tastebuds and increase the profile of outstanding Welsh food.”

CAW president, Arwyn Watkins, said: “It’s great that Hybu Cig Cymru recognises the importance of the Culinary Association of Wales and its teams being ambassadors for Welsh food and drink with the ability to make introductions to new markets around the world.

“Our chefs love cooking with Welsh Lamb and Welsh Beef because they are both premium quality ingredients.”