Sports groups in Wales discovered the nutritional credentials of Welsh lamb during a series of volunteer tasting sessions which took place around the country. 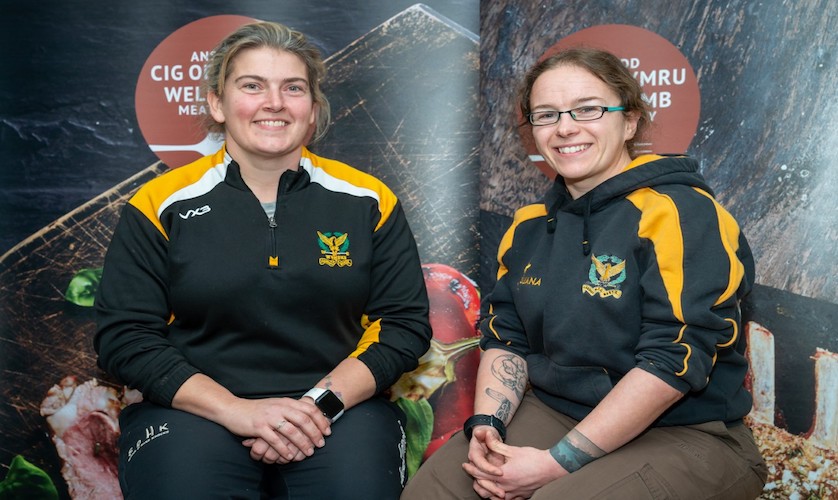 Following the taste test, information from leading scientists was presented to the consumers that described the nutritional benefits of eating red meat products, especially Welsh Lamb.

Consumers were told that Welsh Lamb provides protein, which is essential for muscle building and maintenance especially for sport competitors, athletes and people keeping fit and healthy. Welsh Lamb contains critical minerals including Haem Iron, which is 2.6 times easier to absorb from lamb consumption than the non-Haem Iron, as found in vegetables like spinach.

Sport enthusiasts that attended the taste panels were astonished to find out that lamb also carries a potent nutrient “six-pack” of Zinc, Potassium, Magnesium and Vitamins A, B and D. Also, when trimmed lamb has a fat content of less than 8 per cent.

At the Cardiff tasting event, local dancer Joseph Evans said “The lamb tonight was absolutely amazing. As a dancer it is important that your health and nutrition is up to scratch. I like to have certain meats in my diet but after this taste testing, I understand the benefits much more and how good Welsh Lamb is for you. I’ll be definitely including more lamb in my diet from now on.”

“I was excited to receive the Welsh Lamb recipes and I’ll plaster them all over my kitchen! I’ll be off to the butcher to ask for the specific cuts.”

HCC meat quality executive Dr. Eleri Thomas, who leads the taste programme team, said: “Each volunteer also attends a post-tasting presentation that includes information about Welsh Lamb’s vitamins, minerals and other benefits and receives free advice on how Welsh Lamb can be used to cook quick nutritional meals and receives a pack of recipe ideas.”

After hearing of lamb’s nutritional benefits, Llandaff North Women’s rugby players Beth Kenure and Stacey Horne both said they would be eating more lamb – and fellow player Sioned Young said: “I was excited to receive the Welsh Lamb recipes and I’ll plaster them all over my kitchen! I’ll be off to the butcher to ask for the specific cuts.”

The comprehensive taster’s network will help HCC to set up the process for a thorough baseline assessment of the current supply chain practices, to identify variation and potential practices to enhance Welsh Lamb’s eating quality.