Northern Irish beef and sheep meat output could decline by 21%, with exports to the EU collapsing by over 90%, if the UK fails to agree on a post-Brexit deal with the EU and has to revert to World Trade Organization (WTO) conditions, a report commissioned by the Livestock and Meat Commission for Northern Ireland (LMC) has warned. 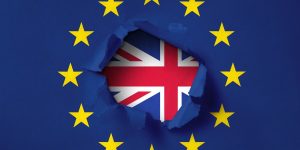 The report, produced by farm business consultancy The Andersons Centre with support from Oxford Economics, assessed the impact on the Northern Irish beef and sheep meat industry of moving from EU to WTO under two scenarios; “WTO Equivalence”, where the UK and EU impose reciprocal tariffs on each other’s imports based on the current EU Common External Tariff, and a unilateral “Open-Door” trade policy, whereby the UK reduces its tariffs on imports from major agricultural producers but without any reciprocal agreements in place.

It found that a unilateral Open-Door trade policy could mean that Northern Irish beef and sheep meat output would decline by 21%, as exports to the EU would collapse by over 90%.

In addition, according to the report, even under WTO Equivalence, whilst output could rise “marginally in the short-run, gains would be eroded by declining consumption in the longer-term due to higher prices, and exports to the EU would still fall by over 90%”.

The report added that tariffs for meat sales are substantial, ranging from 40% to around 100%, while Non-Tariff Barriers (NTBs) are estimated to amount to a 3% tariff equivalent under WTO Equivalence and 5.7% under an Open-Door trade policy.

These estimates are based on a thorough examination of NTBs and their impact on the red meat sector.

The report concludes that if an Open-Door trade policy was adopted, the viability of beef and sheep farming across large swathes of Northern Ireland would be seriously threatened, with grave consequences for the wider Northern Irish rural economy.

The report made six recommendations for policy-makers, including an interim single market and customs union membership for “at least five years post-Brexit to negotiate the finer details of the eventual deal and develop the required infrastructure, with a mid-way review to examine whether enough progress has been made (e.g. technology to facilitate frictionless cross-border trade) to affect timeframes”.

It also called for an Agri-food Workers’ Scheme to permit continued access to labour for Northern Ireland processors, coupled with incentives for locally-based staff.

In addition, it suggested the formulation of a long-term strategy for food and farming, along with efforts “efforts to get Northern Irish products approved for sale in non-EU countries, including gaining mutual recognition of veterinary standards”.

It also recommended the adoption of EU Official Controls of animals and meat products at slaughter houses, meat plants and collection centres for live cattle within the UK and Republic of Ireland to permit frictionless cross-border trade, while ensuring that food imports meet the same standards as domestic produce.

If WTO trading did come to pass, the report suggested several further recommendations, including as a last resort considering a “Cyprus-type model” for cross border trade if no other agreement is possible. 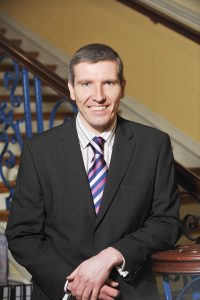 However, it also noted that whilst a Cyprus-type model could help to facilitate trade reasonably close to existing levels, potential obstacles remain.

Commenting on the report LMC chief executive, Ian Stevenson, said: “The report clearly shows that WTO trading conditions would be complex, costly and disruptive and that the most viable solution for safeguarding the future of the industry is not only a UK-EU post-Brexit comprehensive free trade agreement, but until then to have a 5-year transition period with a mid-way review, to avoid an interim deal simply being a stay of execution for the industry.”

Cargill and Faccenda Foods agree to a poultry joint venture