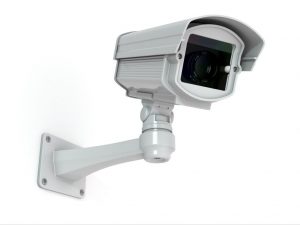 Animal Aid called for the Government to “introduce mandatory, independently monitored CCTV in slaughterhouses to weed out lawbreaking and cruelty”.

The animal protection organisation placed hidden cameras inside the slaughter area and lairage of Malik Food Group near Burnley, Lancashire, for two days in March, and found that sheep were routinely filmed having their throats repeatedly cut.

The film also showed animals flailing and fitting, after having been systematically moved unlawfully before they had enough time to lose consciousness.

According to the organisation, a slaughterman warned his colleagues when the vet was approaching on multiple occasions.

During its initial review of 20 minutes of the footage, the FSA confirmed there have been “serious non-compliances with animal welfare legislation”. Since then, it has launched an urgent investigation, withdrawn the licence of one slaughterman and is understood to be considering bringing criminal proceedings.

Animal Aid called for the Government to “introduce mandatory, independently monitored CCTV in slaughterhouses to weed out lawbreaking and cruelty”, with Farming and Slaughter Campaigns manager adding: “Animal Aid’s latest investigation inside a UK slaughterhouse has uncovered barbaric and deliberate cruelty being inflicted on animals, in horrific scenes unlike any we have ever seen before. There is no doubt that lawbreaking continues to be an inherent problem in abattoirs.”

Malik Food Group told Meat Management: “Malik Group is built on the principles that the welfare of the animal is paramount. The Group has invested extensively in training and machinery to improve the welfare of animals under its care and control. The matters raised by Animal Aid are the subject of review being undertaken by us and the FSA. Malik Group will work closely with the FSA to ensure that any findings or recommendations made by the FSA are addressed, and where required, implemented immediately. Malik Group has always worked closely with FSA and welcomes the review from the regulatory body.”