QMS urges industry to back ‘Meat with Integrity’ campaign

QMS urges industry to back ‘Meat with Integrity’ campaign

Four farmers have been unveiled as among the ‘faces’ of Quality Meat Scotland’s new ‘Meat With Integrity’ campaign, which launches next month. 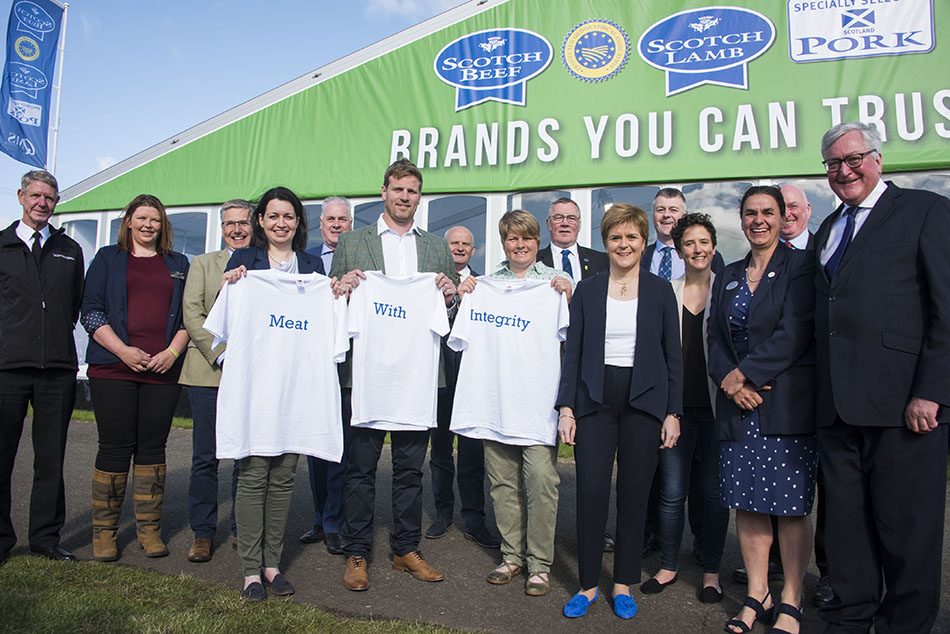 First Minister with industry leaders and Meat With Integrity Farmers.

First Minister Nicola Sturgeon met three of the farmers – Hazel McNee from Tealing, Joyce Campbell from Sutherland and Fraser Shaw from Lockerbie – at the QMS stand at the Royal Highland Show.

The First Minister also heard about the new campaign, which aims to raise public awareness of the Scottish red meat industry’s animal welfare and sustainability credentials and is set to launch on July 29th.

“The aim is to increase public awareness of the heritage and expertise in the industry and the importance of animal welfare and wellbeing.”

Mrs Rowell also urged everyone involved in the red meat industry to throw their collective weight behind the campaign in the weeks ahead.

Speaking at the QMS industry breakfast, Mrs Rowell said: “The support of the whole industry can make a huge difference to what we can do.

“A recent survey shows us that nearly 90% of Scottish people think that farming is important to economic growth, and the public are clear that they want to see more produce raised and grown locally, with an emphasis on animal welfare and environmental protection.

“We can deliver all of these things if we unite and work in partnership. I am immensely proud to be leading an organisation which is 100% committed to supporting the Scottish red meat industry. This is no ordinary industry. We have an extraordinary story to tell but it needs to be told by us all – working together.”

Dantech UK fights off stiff US competition in export sales